It is a well known fact that breastfeeding is best source of nutrition for infants. Breast milk provides minerals, vitamins and antibodies in most acceptable format when they need it. Nutrition taken by mother passes to breast-milk and same thing applies to medicines taken by mothers. Not all drugs cause problem for baby but some do. Lets analyze if Infergen | Interferon Alfacon-1 Injection is safe for baby while breastfed.

What is Infergen | Interferon Alfacon-1 Injection used for?

INFERGEN is indicated for the treatment of chronic HCV infection in patients 18 years of age or older with compensated liver disease who have anti-HCV serum antibodies and/or the presence of HCV RNA. Other causes of hepatitis, such as viral hepatitis B or autoimmune hepatitis, should be ruled out prior to initiation of therapy with INFERGEN. In some patients with chronic HCV infection, INFERGEN normalizes serum ALT, reduces serum HCV RNA concentrations to undetectable quantities (< 100 copies/mL), and improves liver histology.

What are the risk associated with Infergen | Interferon Alfacon-1 Injection usage while breastfeeding? What precautions shall I take while using it in breastfeeding? 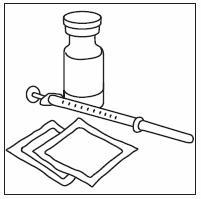 Alpha-Interferon is a cytokine with antiviral, antiproliferative and immunomodulatory properties with is produced by leukocytes and lymphoblasts that are obtained by recombinant DNA engineering. On various types (2a, 2b, N1, N3, etc.), it is indicated on the treatment of chronic hepatitis B and C, some neoplasms and leukemia. See also info on Alpha-Peginterferon.   In the form of interferon-gamma is naturally found in breastmilk (Goldman 1996) where it is produced by leukocytes from colostrum and mature milk (Lawton 1979); Probably it acts on the oropharyngeal and intestinal lymphoid tissue of the infant contributing to the development and maturation of the immune system (Bocci 1993).Interferon gamma level is higher in premature mother's milk than in at-term mother's milk (Srivastava 1996, Moles 2015). Milk pasteurization reduces the interferon gamma level (Ewaschuk 2011).Breastfeeding, probably through increasing prolactin, increases the maternal plasma concentration of interferon gamma and interleukin compared to baseline conditions (Shimaoka 2001). High molecular weight of various interferons, a high binding capacity to T-lymphocytes and distribution outside the plasma compartment turns it very unlikely the pass into milk.Due to protein nature, a low oral bioavailability is predicted after being digested by the intestine of infants. Therefore, infants' plasma levels from ingested breast milk must be zero or low (Cree 2013), except in preterm infants and immediate neonatal period (2 first weeks after birth), in which there may be greater intestinal absorption.Interferons are relatively non-toxic and no adverse effects have been reported in breastfed infants (Almas 2016)   The excretion of interferon alpha-2B into breast milk is insignificant (Haggstrom 1996, Kumar 2000). No effects were reported in an infant whose mother was given Interferon Alfa 2B (Williams 1994). Neither side effects have been observed in infants after maternal treatment for months or years with interferon beta (1A or 1B). (Hellwig 2011, Rockhoff 2012, Hale 2012, Fragoso 2013, Almas 2016).   Interferon administration does not affect prolactin production (Müller 1992)  S Several scientific societies consider that interferon beta can probably be safely used during breastfeeding (Mahadevan 2006, Bove 2014, Bodiguel 2014). The American Academy of Pediatrics considers alpha interferon as a medication usually compatible with breastfeeding. See below the information of these related products:

There are no data on the use of interferon alfacon-1 during breastfeeding. However, the amounts of the similar drugs, interferon alfa and interferon beta-1a, excreted into milk are very low. Any interferon in breastmilk is probably destroyed in the infant's gastrointestinal tract and not absorbed, except perhaps in neonates. Holder pasteurization (62.5 degrees C for 30 minutes) decreases the concentration of endogenous interferon-gamma by an average about 10%.[1] Hepatitis C is not transmitted through breastmilk[2][3] and breastmilk has been shown to inactivate hepatitis C virus (HCV).[4][5] However, the Centers for Disease Control recommends that mothers with HCV infection should consider abstaining from breastfeeding if their nipples are cracked or bleeding. It is not clear if this warning would apply to mothers who are being treated for hepatitis C. Infants born to mothers with HCV infection should be tested for HCV infection; because maternal antibody is present for the first 18 months of life and before the infant mounts an immunologic response, nucleic acid testing is recommended.[2][3] 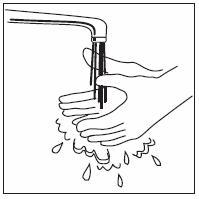 What should I do if already breastfed my kid after using Infergen | Interferon Alfacon-1 Injection?

Infergen | Interferon Alfacon-1 Injection is safe in breastfeeding and should not create any health problem for your baby but in case you feel any health issue associated with Infergen | Interferon Alfacon-1 Injection you should contact your doctor or health care provider. Be it pregnancy or lactation you shall keep your doctor informed.

My health care provider has asked me to use Infergen | Interferon Alfacon-1 Injection, what to do?

Definitely, Infergen | Interferon Alfacon-1 Injection is safe in lactation for baby. No wonder your doctor has recommended it.

If I am using Infergen | Interferon Alfacon-1 Injection, will my baby need extra monitoring?

Who can I talk to if I have questions about usage of Infergen | Interferon Alfacon-1 Injection in breastfeeding?