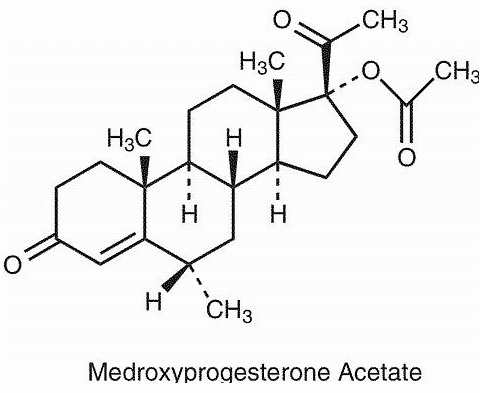 What is Lunelle Monthly Contraceptive used for?

I am breastfeeding mother and I am using Lunelle Monthly Contraceptive. Can it have any bad effect on my kid? Shall I search for better alternative? 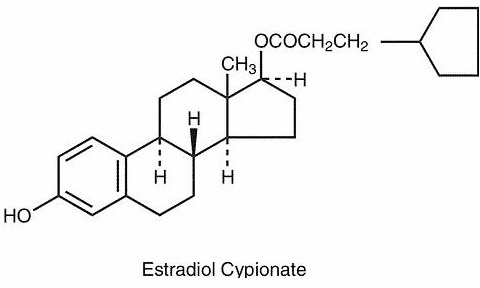 Synthetic progestin similar to progesterone that is used in uterine bleeding, dysmenorrhea, infertility and contraception.For contraception is used as a single drug or in combination with estrogen (e.g. Estradiol + Medroxyprogesterone).For oral use or long-acting injectable administration (Intramuscular or subcutaneous). It is excreted into breast milk in clinically non-significant amount, and, no problems have been observed in infants whose mothers who were treated with this medication. Plasma levels of these infants were undetectable or very low.There may be increased prolactin and milk production in women who receive medroxyprogesterone. Although it has not been shown effects on production and duration of breastfeeding when administered at any time postpartum, it is still controversial on if it really decreases milk production when progestins are used before a fully establishment of breastfeeding has occurred. Therefore, experts’ protocols by WHO and ABM advise to avoiding it until breastfeeding is fully developed (4-6 weeks). During lactation progestin-only drugs are preferred or in combination with estrogen for birth control, but whatever, the ones with the lower doses of estrogen should be used.For the first 6 weeks postpartum, non-hormonal methods are of choise. Hormone containing contraceptives do not affect the composition of milk, minerals (Mg, Fe, Cu, Ca, P) fat, lactose and calories but only a few the proteins. WHO List of Essential Medicines 2002: rates it as compatible with breastfeeding after the 6th postnatal week. 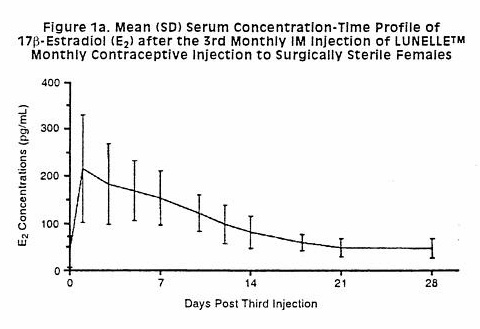 Birth control pill that contains the combination of an estrogen (Estradiol valerate) and a progestin (Dienogest) for oral use. Estradiol is excreted into the breast milk in no or small amount. No problems have been observed in infants whose mothers were receiving this drug. There is evidence (albeit inconsistent) that estrogen-containing pills may decrease milk production, especially during the first few weeks postpartum with a daily dose above 30 micrograms of ethinyl estradiol.It may reduce the protein content of the milk.No problems have been observed in infants whose mothers were treated, except some cases of transient gynecomastia in infants whose mothers were receiving a higher dose than usual. Dienogest is a progestin with a similar structure as levonorgestrel. A latest update no published data on excretion into breast milk were found. Progesterone and other progestins are excreted into breast milk in clinically non-significant amount and no problems have been observed in infants whose mothers were treated. Plasma levels in these infants were usually very low. With other similar combined contraceptives no differences have been observed in the frequency of breastfeeding or the amount of milk produced or weight gain of breastfed infants compared to other contraceptive methods (intrauterine devices, isolated progestogens). However, it would be advisable to avoid them until breastfeeding is well established (4-6 weeks). During lactation, progestin-only contraceptive pills are preferred to Estrogen containing ones, otherwise, the lowest estrogen dose should be used.Within the first 6 postpartum weeks, non-hormonal methods are in the first line of choice. Hormone containing contraceptives do not affect the composition of milk, minerals (Mg, Fe, Cu, Ca, P) fat, lactose and calories but only a few the proteins.

Although nonhormonal methods are preferred during breastfeeding, progestin-only contraceptives such as depot medroxyprogesterone acetate (DMPA) are considered the hormonal contraceptives of choice during all stages of lactation. Fair quality evidence indicates that DMPA does not adversely affect the composition of milk, the growth and development of the infant, or the milk supply.[1][2][3][4] Some evidence indicates that progestin-only contraceptives may offer protection against bone mineral density loss during lactation, or at least do not exacerbate it.[5][6][7] The timing of initiation of DMPA is controversial.[8] The product labeling states that it should be started no sooner than 6 weeks postpartum, based on data submitted for product approval. Studies of fair quality seem to indicate that concerns about immediate adverse effects on the infants is unfounded; however, starting too soon theoretically could affect the newborn infant adversely because of slower metabolism of the drug than older infants. Of concern is that no data exist on the effects of progesterone on brain and liver development at this age. Administration sooner than 6 weeks postpartum could interfere with the exclusivity or duration of lactation. A systematic review of studies using early postpartum initiation of DMPA concluded that all of the studies were of low quality and inadequate to disprove the concern about DMPA's effects on milk production if given sooner than 6 weeks after delivery.[9] A subsequent study raised the possibility of a slight reduction in breastfeeding duration in women given DMPA before hospital discharge,[10] and another study found that breastfeeding was less like to be initiated if mothers received immediate postpartum DMPA.[11] Expert opinion in the United States holds that the risks of progestin-only contraceptive products usually are acceptable for nursing mothers at any time postpartum.[12]The World Health Organization recommends that injectable depot medroxyprogesterone acetate should not used before 6 weeks postpartum.[13]

What if I already have used Lunelle Monthly Contraceptive?

I am nursing mother and my doctor has suggested me to use Lunelle Monthly Contraceptive, is it safe?

If I am using Lunelle Monthly Contraceptive, will my baby need extra monitoring?

Not much monitoring required while using Lunelle Monthly Contraceptive

Who can I talk to if I have questions about usage of Lunelle Monthly Contraceptive in breastfeeding?