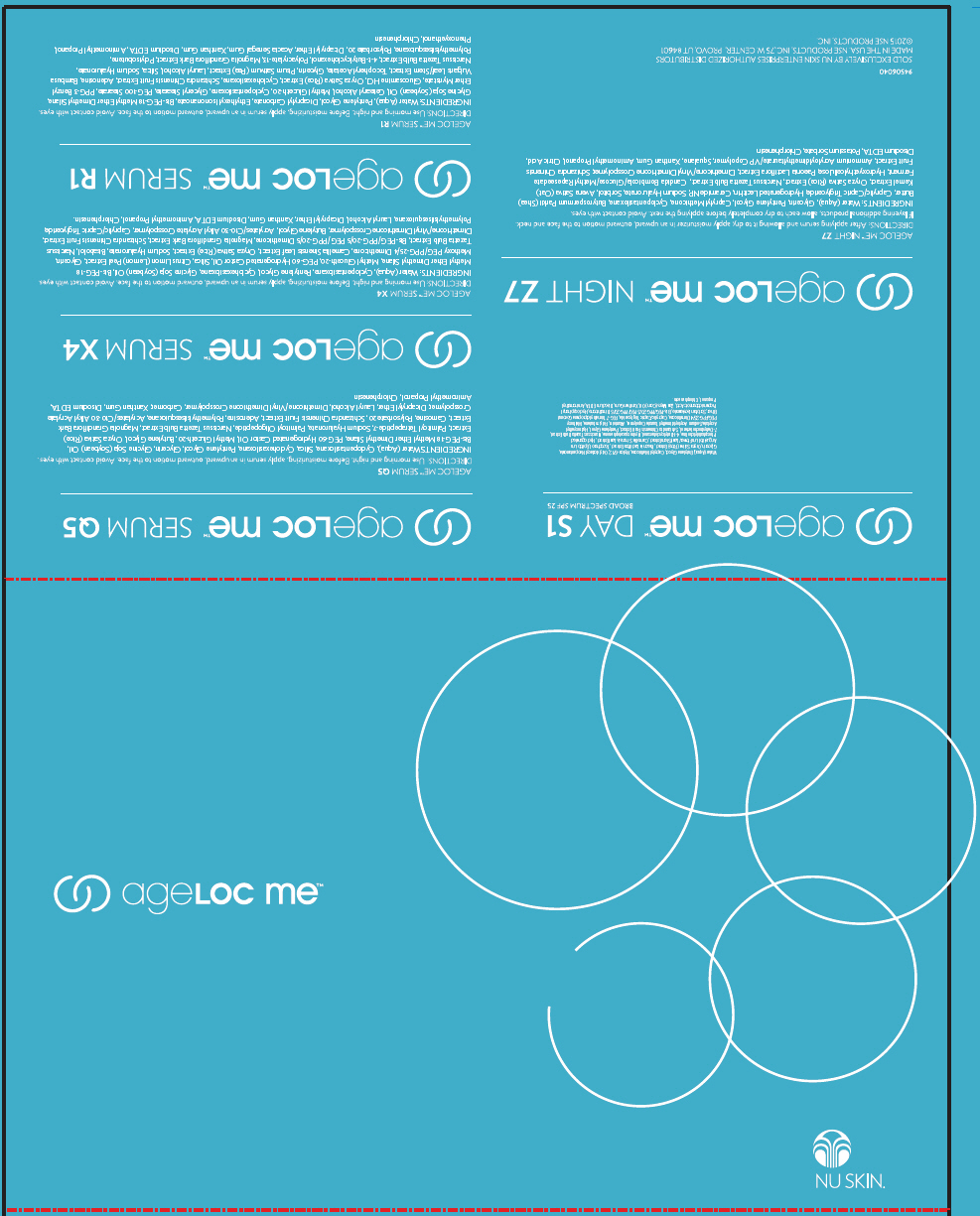 What is Nu Skin Ageloc Me | Homosalate, Octinoxate, Avobenzone, And Octocrylene Kit ?

Helps prevent sunburn. If used as directed with other sun protection measures (see Directions ), decreases the risk of skin cancer and early skin aging caused by the sun.

What if I already have used Nu Skin Ageloc Me | Homosalate, Octinoxate, Avobenzone, And Octocrylene Kit?

My doctor has prescribed me Nu Skin Ageloc Me | Homosalate, Octinoxate, Avobenzone, And Octocrylene Kit, what should I do?

If I am using Nu Skin Ageloc Me | Homosalate, Octinoxate, Avobenzone, And Octocrylene Kit, will my baby need extra monitoring?

Yes, Extra monitoring is required if mother is using Nu Skin Ageloc Me | Homosalate, Octinoxate, Avobenzone, And Octocrylene Kit and breastfeeding as it is considered unsafe for baby.

Who can I talk to if I have questions about usage of Nu Skin Ageloc Me | Homosalate, Octinoxate, Avobenzone, And Octocrylene Kit in breastfeeding?