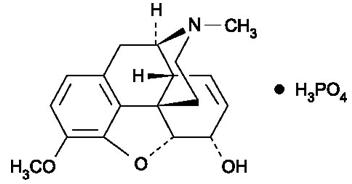 American Academy of Pediatrics and other medical experts exclusively recommend to breastfeed the baby for first 6 months. Once you introduce baby to other foods it is recommended to breastfeed for at least first year of babys life. Taking medication while breastfeeding could be tricky as most drugs pass in breast milk. In this article we will evaluate Fiorinal With Codeine | Butalbital, Aspirin, Caffeine, And Codeine Phosphate Capsule for its safety in breastfeeding.

What is Fiorinal With Codeine | Butalbital, Aspirin, Caffeine, And Codeine Phosphate Capsule ?

Can I use Fiorinal With Codeine | Butalbital, Aspirin, Caffeine, And Codeine Phosphate Capsule while breastfeeding?

There are total 4 active ingredients in Fiorinal With Codeine | Butalbital, Aspirin, Caffeine, And Codeine Phosphate Capsule which makes it a complicated task to assess the effect of Fiorinal With Codeine | Butalbital, Aspirin, Caffeine, And Codeine Phosphate Capsule on breastfeeding. Here on drlact after analyzing all 4 ingredients we have reached on conclusion that Fiorinal With Codeine | Butalbital, Aspirin, Caffeine, And Codeine Phosphate Capsule is unsafe in breastfeeding. Below is our summarized analysis of Codeine phosphate, Butalbital, Caffeine, Aspirin.
Statement of Manufacturer/Labeler about breastfeeding usage
Nursing Mothers Aspirin, caffeine, barbiturates and codeine are excreted in breast milk in small amounts, but the significance of their effects on nursing infants is not known. Because of potential for serious adverse reactions in nursing infants from Fiorinal with Codeine, a decision should be made whether to discontinue nursing or to discontinue the drug, taking into account the importance of the drug to the mother. Codeine is secreted into human milk. In women with normal codeine metabolism (normal CYP2D6 activity), the amount of codeine secreted into human milk is low and dose-dependent. Despite the common use of codeine products to manage postpartum pain, reports of adverse events in infants are rare. However, some women are ultra-rapid metabolizers of codeine. These women achieve higher-than-expected serum levels of codeine's active metabolite, morphine, leading to higher-than-expected levels of morphine in breast milk and potentially dangerously high serum morphine levels in their breastfed infants. Therefore, maternal use of codeine can potentially lead to serious adverse reactions, including death, in nursing infants. The prevalence of this CYP2D6 phenotype varies widely and has been estimated at 0.5 to 1% in Chinese and Japanese, 0.5 to 1% in Hispanics, 1-10% in Caucasians, 3% in African Americans, and 16-28% in North Africans, Ethiopians and Arabs. Data is not available for other ethnic groups. The risk of infant exposure to codeine and morphine through breast milk should be weighed against the benefits of breastfeeding for both the mother and baby. Caution should be exercised when codeine is administered to a nursing woman. If a codeine containing product is selected, the lowest dose should be prescribed for the shortest period of time to achieve the desired clinical effect. Mothers using codeine should be informed about when to seek immediate medical care and how to identify the signs and symptoms of neonatal toxicity, such as drowsiness or sedation, difficulty breastfeeding, breathing difficulties, and decreased tone, in their baby. Nursing mothers who are ultra-rapid metabolizers may also experience overdose symptoms such as extreme sleepiness, confusion or shallow breathing. Prescribers should closely monitor mother-infant pairs and notify treating pediatricians about the use of codeine during breastfeeding. (See PRECAUTIONS, General, Ultra-rapid Metabolizers of Codeine )

Commercialized in association with other drugs for migraine treatment. Multiple drug compounds are not advisable. Caffeine may be a part of it (100 mg each tablet) and may be a cause of irritability to the infant. (See Caffeine)

Trimethylxanthine component which is present in many compounds like decongestant or pain relief drugs (50 to 100 mg per unit) . It is also present in many infusion beverages (coffee, tea, mate, guarana) and other drinks with allegedly energizing properties. See also Coffee, Caffeine (beverages). At a dose higher than 300 mg a-day may induce nervousness and irritability in the infant. Intravenous high doses used to treat post-epidural anesthesia headache within 2-3 days after delivery, before mature breast milk comes, are compatible with breastfeeding. High doses used Intravenously to treat headache related to epidural should be regarded as compatible with breastfeeding only in the 2-3 days before milk comes in. Elimination period may last from few hours in adults, to 3-4 days in the newborn infant. American Academy of Pediatrics: Maternal Medication Usually Compatible With Breastfeeding.

Because there is no published experience with butalbital or combination products containing butalbital during breastfeeding, other agents may be preferred, especially while nursing a newborn or preterm infant.

Caffeine appears in breastmilk rapidly after maternal ingestion. Insufficient high-quality data are available to make good evidence-based recommendations on safe maternal caffeine consumption.[1] Fussiness, jitteriness and poor sleep patterns have been reported in the infants of mothers with very high caffeine intakes equivalent to about 10 or more cups of coffee daily. Studies in mothers taking 5 cups of coffee daily found no stimulation in breastfed infants 3 weeks of age and older. Some experts feel that a maternal intake limit of 300 mg daily might be a safe level of intake.[2] However, preterm and younger newborn infants metabolize caffeine very slowly and may have serum levels of caffeine and other active caffeine metabolites similar to their mothers' levels,[2][3][4] so a lower intake level preferable in the mothers of these infants. Other sources of caffeine, such as cola and energy drinks, yerba mate or guarana, will have similar dose-related effects on the breastfed infant. Coffee intake of more than 450 mL daily may decrease breastmilk iron concentrations and result in mild iron deficiency anemia in some breastfed infants.[5]

I already used Fiorinal With Codeine | Butalbital, Aspirin, Caffeine, And Codeine Phosphate Capsule and meanwhile I breastfed my baby should I be concerned?

If you observer abnormal behavior or any other health issue in infant then you should immediately call 911 or contact other contact other emergency service provider in your area otherwise closely monitor the baby and inform your doctor about your Fiorinal With Codeine | Butalbital, Aspirin, Caffeine, And Codeine Phosphate Capsule usage and time interval of breastfeeding.

My doctor has prescribed me Fiorinal With Codeine | Butalbital, Aspirin, Caffeine, And Codeine Phosphate Capsule, what should I do?

If I am using Fiorinal With Codeine | Butalbital, Aspirin, Caffeine, And Codeine Phosphate Capsule, will my baby need extra monitoring?

Yes, Extra monitoring is required if mother is using Fiorinal With Codeine | Butalbital, Aspirin, Caffeine, And Codeine Phosphate Capsule and breastfeeding as it is considered unsafe for baby.

Who can I talk to if I have questions about usage of Fiorinal With Codeine | Butalbital, Aspirin, Caffeine, And Codeine Phosphate Capsule in breastfeeding?