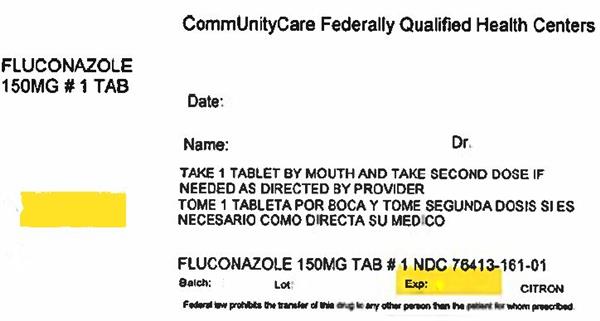 Do you know that important immune protective proteins are present in breast milk? Breast milk also contains required vitamins, minerals, saturated and un saturated fats. These things are extremely important for development of healthy brain. If you are taking any medicine for short term or for the chronic reason then that passes in breast milk as well, that is why you should always check the drug with your health care provider. Here at DrLact we try to analyze drugs based on available researches and in this sheet we will present our analysis for Fluconazole 150 Mg.

What is Fluconazole 150 Mg used for?

Fluconazole tablets USP are indicated for the treatment of: Vaginal candidiasis (vaginal yeast infections due to Candida). Oropharyngeal and esophageal candidiasis. In open noncomparative studies of relatively small numbers of patients, fluconazole tablets USP were also effective for the treatment of Candida urinary tract infections, peritonitis, and systemic Candida infections including candidemia, disseminated candidiasis, and pneumonia. Cryptococcal meningitis. Before prescribing fluconazole tablets USP for AIDS patients with cryptococcal meningitis, please see CLINICAL STUDIES section. Studies comparing fluconazole tablets USP to amphotericin B in non-HIV infected patients have not been conducted. Prophylaxis. Fluconazole tablets USP are also indicated to decrease the incidence of candidiasis in patients undergoing bone marrow transplantation who receive cytotoxic chemotherapy and/or radiation therapy. Specimens for fungal culture and other relevant laboratory studies (serology, histopathology) should be obtained prior to therapy to isolate and identify causative organisms. Therapy may be instituted before the results of the cultures and other laboratory studies are known; however, once these results become available, anti-infective therapy should be adjusted accordingly.

Is Fluconazole 150 Mg usage safe while breastfeeding? If a lactating mother is using it can there be any effect on growth or development of infant?

I already used Fluconazole 150 Mg and meanwhile I breastfed my baby should I be concerned?

I am nursing mother and my doctor has suggested me to use Fluconazole 150 Mg, is it safe?

Usage of Fluconazole 150 Mg is safe for nursing mothers and baby, No worries.

If I am using Fluconazole 150 Mg, will my baby need extra monitoring?

Who can I talk to if I have questions about usage of Fluconazole 150 Mg in breastfeeding?