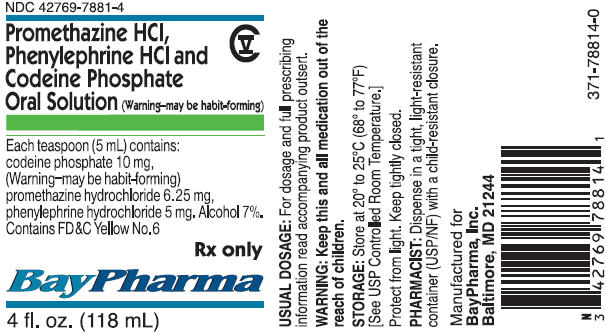 Modern medicine has evolved so much so that sooner or later every breastfeeding mother needs to take it in one form or other. Medication that is present in mothers blood will transfer into her breast milk to some extent. Most drugs do so at low levels and pose no real risk to infants but then there are some exceptions. In This post will discuss whether Promethazine Hcl, Phenylephrine Hcl And Codeine Phosphate is safe in breast-feeding or not.

What is Promethazine Hcl, Phenylephrine Hcl And Codeine Phosphate used for?

Promethazine HCl, Phenylephrine HCl and Codeine Phosphate Oral Solution is indicated for the temporary relief of coughs and upper respiratory symptoms, including nasal congestion, associated with allergy or the common cold.

Is Promethazine Hcl, Phenylephrine Hcl And Codeine Phosphate safe to use while breastfeeding? Can it interfere with growth and development of my kid?

There are total 3 active ingredients in Promethazine Hcl, Phenylephrine Hcl And Codeine Phosphate which makes it a complicated task to assess the effect of Promethazine Hcl, Phenylephrine Hcl And Codeine Phosphate on breastfeeding. Here on drlact after analyzing all 3 ingredients we have reached on conclusion that Promethazine Hcl, Phenylephrine Hcl And Codeine Phosphate is unsafe in breastfeeding. Below is our summarized analysis of Promethazine hydrochloride, Codeine phosphate, Phenylephrine hydrochloride.
Statement of Manufacturer/Labeler about breastfeeding usage
Nursing Mothers Codeine is secreted into human milk. In women with normal codeine metabolism (normal CYP2D6 activity), the amount of codeine excreted into human milk is low and dose-dependent. Despite the common use of codeine products to manage postpartum pain, reports of adverse events in infants are rare. However, some women are ultra-rapid metabolizers of codeine. These women achieve higher-than-expected serum levels of codeine’s active metabolite, morphine, leading to higher-than-expected levels of morphine in breast milk and potentially dangerously high serum morphine levels in their breastfed infants. Therefore, maternal use of codeine can potentially lead to serious adverse reactions, including death, in nursing infants. The risk of infant exposure to codeine and morphine through breast milk should be weighed against the benefits of breastfeeding for both the mother and baby. Caution should be exercised when codeine is administered to a nursing woman. If a codeine containing product is selected, the lowest dose should be prescribed for the shortest period of time to achieve the desired clinical effect. Mothers using codeine should be informed about when to seek immediate medical care and how to identify the signs and symptoms of neonatal toxicity, such as drowsiness or sedation, difficulty breastfeeding, breathing difficulties, and decreased tone, in their baby. Nursing mothers who are ultra-rapid metabolizers may also experience overdose symptoms such as extreme sleepiness, confusion or shallow breathing. Prescribers should closely monitor mother-infant pairs and notify treating pediatricians about the use of codeine during breastfeeding. ( WARNINGS - Death Related to Ultra-Rapid Metabolism of Codeine to Morphine ). It is not known whether phenylephrine or promethazine are excreted in human milk.

1st-generation-antihistamine and phenothiazine-type drug with a strong sedative effect. At latest update relevant published data on excretion into breast milk were not found. It may decrease prolactin levels and interfere with milk production during the first few weeks after birth (Pontiroli 1981, Messinis 1985).Pharmacokinetic data (high volume of distribution and high plasma protein-binding capacity) would render it unlikely a significant passage into the breastmilk.In addition, a low oral bioavailability would hinder a further passage to infant’s plasma through the ingested breastmilk, except on premature infants and immediate neonatal period when there may be an increased intestinal permeability.There are doubts about any association with Sudden Infant Death Syndrome (SIDS) (Kahn 1982, Stanton 1983). It may be considered compatible with breastfeeding on isolated doses such as those used for pre-surgical medication or traveler's dizziness (WHO 2002). Avoid a repeated use as it may cause drowsiness in the infant.Avoid using it in the immediate neonatal period (first 4 to 6 weeks after birth) and in case of prematurity. If used, follow-up the infant for drowsiness and feeding issues. It is not recommended bed-sharing when taking this medication (UNICEF 2006, ABM 2008, Landa 2012, UNICEF 2013). 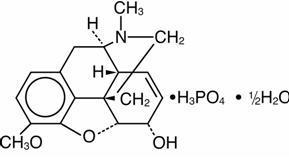 Based on minimal excretion of other phenothiazine derivatives, it appears that occasional short-term use of promethazine for the treatment of nausea and vomiting poses little risk to the breastfed infant. With repeated doses, observe infants for excess sedation. Because promethazine can lower basal prolactin secretion, promethazine might interfere with the establishment of lactation if given during labor, before lactation is well established or with a sympathomimetic such as pseudoephedrine. An antiemetic without potent histamine blocking action is preferred in nursing mothers.

I am nursing mother and I have already used Promethazine Hcl, Phenylephrine Hcl And Codeine Phosphate, what should I do?

If you observer abnormal behavior or any other health issue in infant then you should immediately call 911 or contact other contact other emergency service provider in your area otherwise closely monitor the baby and inform your doctor about your Promethazine Hcl, Phenylephrine Hcl And Codeine Phosphate usage and time interval of breastfeeding.

My health care provider has asked me to use Promethazine Hcl, Phenylephrine Hcl And Codeine Phosphate, what to do?

If I am using Promethazine Hcl, Phenylephrine Hcl And Codeine Phosphate, will my baby need extra monitoring?

Yes, Extra monitoring is required if mother is using Promethazine Hcl, Phenylephrine Hcl And Codeine Phosphate and breastfeeding as it is considered unsafe for baby.

Who can I talk to if I have questions about usage of Promethazine Hcl, Phenylephrine Hcl And Codeine Phosphate in breastfeeding?