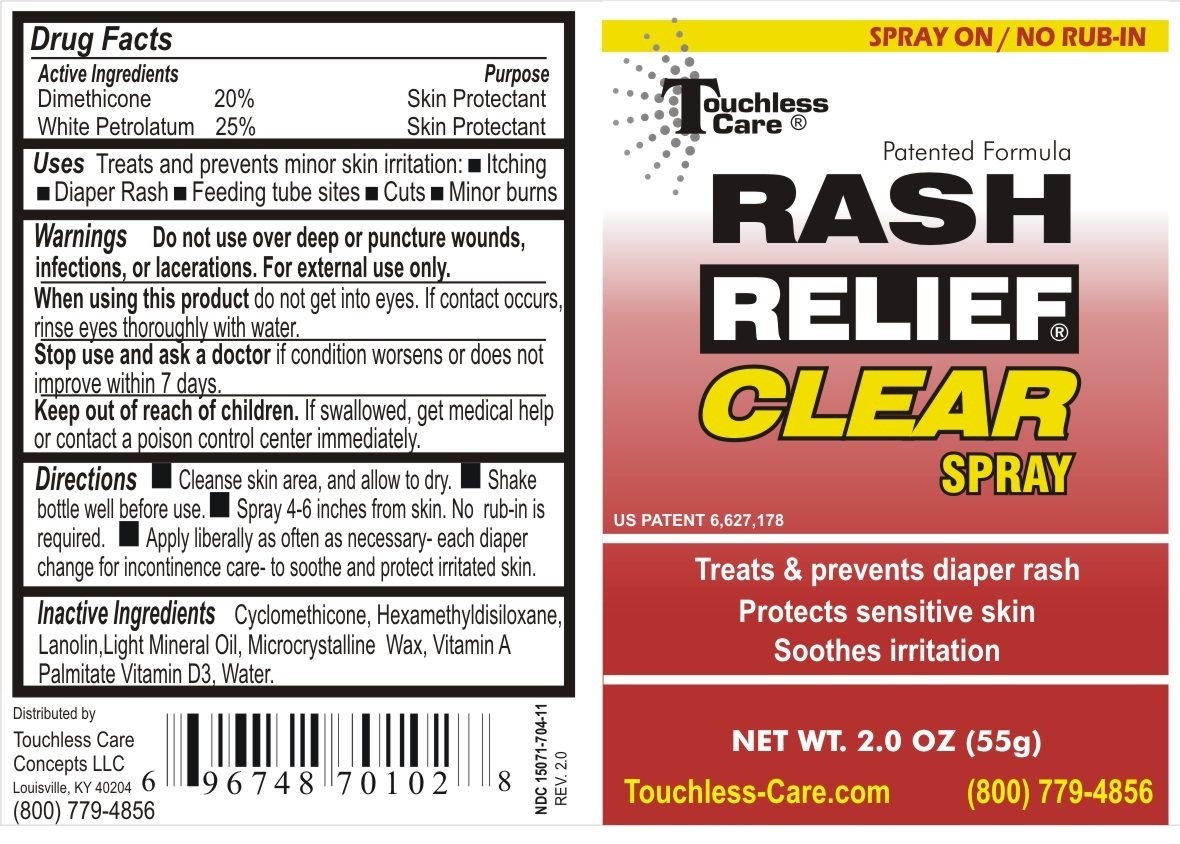 There are high number of clear evidence that breastfeeding provides best nutrition that you can give to your baby. It is also evident that lactation is good for mothers health as well. Evolution has designed breastfeeding in a way that it caters all nutritional need of your child. However modern medicine is quite new for evolution, that is why mothers body is not well prepared to filter unnecessary chemical found in medicines. It becomes a necessity to figure out which drug is safe and which drug is dangerous for your newborn while nursing. In this article we will understand function of Rash Relief Clear | Petrolatum Dimethicone Liquid and its suitability with breastfeeding.

What is Rash Relief Clear | Petrolatum Dimethicone Liquid used for?

Protects minor skin irritation due to diaper rash and helps seal out wetness.

Is using Rash Relief Clear | Petrolatum Dimethicone Liquid unsafe in breastfeeding? Can there be bad consequences for baby if I use it while breastfeeding?

Dimethicone is a fluid type of silicone with a methyl as organic group radical. Silicones are polymers of silicon tied to oxygen atoms with high molecular weight (see information on silicone and dimethicone). Dimethicone is water repellent and it is used in creams, dressings for skin protection and pediculicides. An activated form of Dimethicone is Simethicone that is used for treatment of flatulence (see info on Simethicone) At latest update, relevant published data on excretion into breast milk were not found. Because it is not absorbed through the skin or orally along with a high molecular weight, excretion into breast milk in significant amount or absorption by the infant gut is highly unlikely. See below the information of these related products:

What should I do if I am breastfeeding mother and I am already exposed to Rash Relief Clear | Petrolatum Dimethicone Liquid?

My health care provider has asked me to use Rash Relief Clear | Petrolatum Dimethicone Liquid, what to do?

If I am using Rash Relief Clear | Petrolatum Dimethicone Liquid, will my baby need extra monitoring?

Who can I talk to if I have questions about usage of Rash Relief Clear | Petrolatum Dimethicone Liquid in breastfeeding?