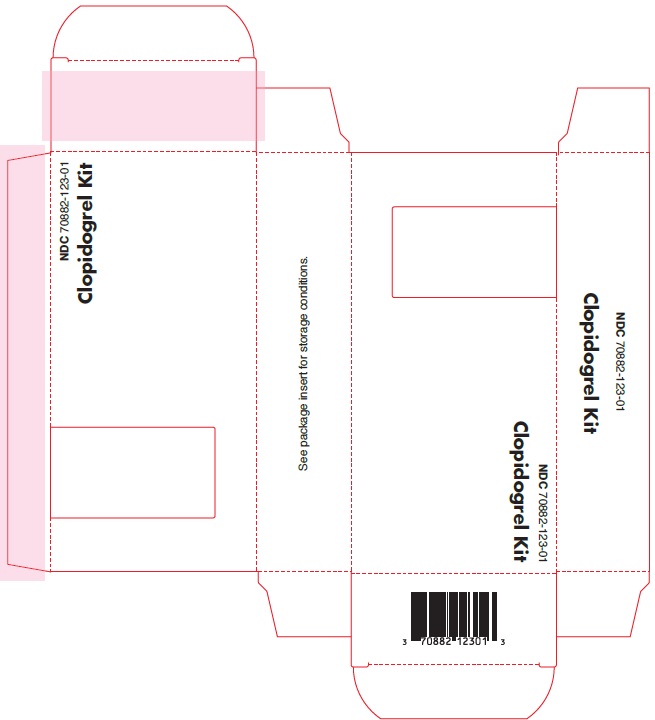 Modern medicine has evolved so much so that sooner or later every breastfeeding mother needs to take it in one form or other. Medication that is present in mothers blood will transfer into her breast milk to some extent. Most drugs do so at low levels and pose no real risk to infants but then there are some exceptions. In This post will discuss whether Clopidogrel Kit Kit is safe in breast-feeding or not.

What is Clopidogrel Kit Kit used for?

Is Clopidogrel Kit Kit usage safe while breastfeeding? If a lactating mother is using it can there be any effect on growth or development of infant?

Clopidogrel Kit Kit consists two active ingredients Clopidogrel and Aspirin and as per our analysis of both we have determined the Clopidogrel Kit Kit is unsafe during breastfeeding. We recommend you to check both ingredients below for better understanding of Clopidogrel Kit Kit in breastfeeding.
Statement of Manufacturer/Labeler about breastfeeding usage
8.3 Nursing Mothers Studies in rats have shown that clopidogrel and/or its metabolites are excreted in the milk. It is not known whether this drug is excreted in human milk. Because many drugs are excreted in human milk and because of the potential for serious adverse reactions in nursing infants from clopidogrel, a decision should be made whether to discontinue nursing or to discontinue the drug, taking into account the importance of the drug to the mother.

Though no adverse effects have been described yet, it should be given cautiously since a potent inhibitory effect on platelet aggregation is likely.

I am nursing mother and I have already used Clopidogrel Kit Kit, what should I do?

If you observer abnormal behavior or any other health issue in infant then you should immediately call 911 or contact other contact other emergency service provider in your area otherwise closely monitor the baby and inform your doctor about your Clopidogrel Kit Kit usage and time interval of breastfeeding.

I am nursing mother and my doctor has suggested me to use Clopidogrel Kit Kit, is it safe?

If I am using Clopidogrel Kit Kit, will my baby need extra monitoring?

Yes, Extra monitoring is required if mother is using Clopidogrel Kit Kit and breastfeeding as it is considered unsafe for baby.

Who can I talk to if I have questions about usage of Clopidogrel Kit Kit in breastfeeding?