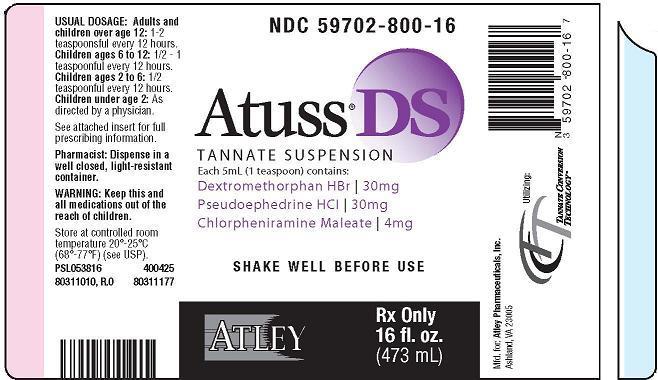 It is a well known fact that breastfeeding is best source of nutrition for infants. Breast milk provides minerals, vitamins and antibodies in most acceptable format when they need it. Nutrition taken by mother passes to breast-milk and same thing applies to medicines taken by mothers. Not all drugs cause problem for baby but some do. Lets analyze if Atuss Ds Tannate Suspension | Tannate Suspension Suspension is safe for baby while breastfed.

Atuss® DS Tannate Suspension is indicated for temporary relief of nasal congestion and cough associated with respiratory tract infections and related conditions such as sinusitis, pharyngitis, bronchitis and asthma when these conditions are complicated by tenacious mucus and/or mucous plugs and congestion. Atuss® DS Tannate Suspension is effective in a productive as well as a nonproductive cough, but is of particular value in a dry nonproductive cough which tends to injure the mucous membrane of the air passages.