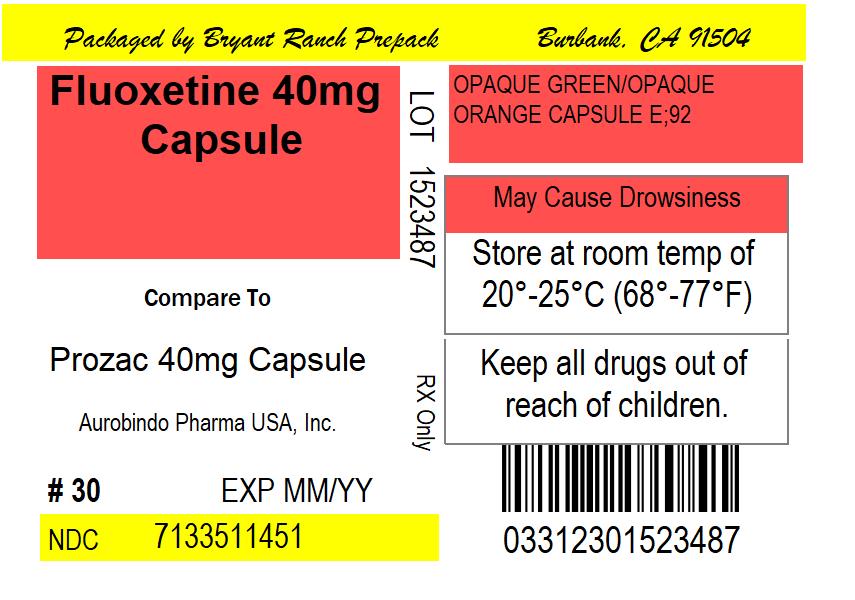 American Academy of Pediatrics and other medical experts exclusively recommend to breastfeed the baby for first 6 months. Once you introduce baby to other foods it is recommended to breastfeed for at least first year of babys life. Taking medication while breastfeeding could be tricky as most drugs pass in breast milk. In this article we will evaluate Fluoxetine 28 In 1 Bottle for its safety in breastfeeding.

What is Fluoxetine 28 In 1 Bottle used for?

I am breastfeeding mother and I am using Fluoxetine 28 In 1 Bottle. Can it have any bad effect on my kid? Shall I search for better alternative?

Fluoxetine is the one and only active ingredient present in Fluoxetine 28 In 1 Bottle. Fluoxetine in itself is a low risk drug for lactation so it is easy to understand that Fluoxetine 28 In 1 Bottle also comes in category of Low Risk item while breastfeeding. Below is the summary of Fluoxetine in breastfeeding.
Statement of Manufacturer/Labeler about breastfeeding usage
8.3 Nursing Mothers Because fluoxetine is excreted in human milk, nursing while on fluoxetine is not recommended. In one breast-milk sample, the concentration of fluoxetine plus norfluoxetine was 70.4 ng/mL. The concentration in the mother’s plasma was 295 ng/mL. No adverse effects on the infant were reported. In another case, an infant nursed by a mother on fluoxetine developed crying, sleep disturbance, vomiting, and watery stools. The infant’s plasma drug levels were 340 ng/mL of fluoxetine and 208 ng/mL of norfluoxetine on the second day of feeding.

Higher excretion into breast milk than other related antidepressant drugs. The active metabolite called Norfluoxetine has a longer half-life (4 to 16 days). Like other antidepressant drugs may induce hyperprolactinemia and galactorrhea. Few cases of colicky pain, irritability, insomnia, anorexia and slow weight gain have been described. However, most reported cases have failed to show harm effect outside the newborn period. Large experience with the use of Fluoxatine did not find harm effect on weight gain and neurological development of infants either at short or long term. Most problems have appeared in the early neonatal period either in newborns or premature infants whose mothers were on Fluoxetine during pregnancy. Stop or switch to other medication either at some days before delivery or in the first month postpartum would be recommended. Same considerations should be done in case of prematurity, however, medication must be continued if necessary. Women on anti-depressant treatment are in need of stronger support because of higher risk of breastfeeding failure.

The average amount of drug in breastmilk is higher with fluoxetine than with most other SSRIs and the long-acting, active metabolite, norfluoxetine, is detectable in the serum of most breastfed infants during the first 2 months postpartum and in a few thereafter. Adverse effects such as colic, fussiness, and drowsiness have been reported in some breastfed infants. Decreased infant weight gain was found in one study, but not in others. No adverse effects on development have been found in a few infants followed for up to a year. If fluoxetine is required by the mother, it is not a reason to discontinue breastfeeding. If the mother was taking fluoxetine during pregnancy or if other antidepressants have been ineffective, most experts recommend against changing medications during breastfeeding. Otherwise, agents with lower excretion into breastmilk may be preferred, especially while nursing a newborn or preterm infant. The breastfed infant should be monitored for behavioral side effects such as colic, fussiness or sedation and for adequate weight gain. Mothers taking an SSRI during pregnancy and postpartum may have more difficulty breastfeeding, although this might be a reflection of their disease state.[1] These mothers may need additional breastfeeding support. Breastfed infants exposed to an SSRI during the third trimester of pregnancy have a lower risk of poor neonatal adaptation than formula-fed infants.

I already used Fluoxetine 28 In 1 Bottle and meanwhile I breastfed my baby should I be concerned?

I am nursing mother and my doctor has suggested me to use Fluoxetine 28 In 1 Bottle, is it safe?

If I am using Fluoxetine 28 In 1 Bottle, will my baby need extra monitoring?

Who can I talk to if I have questions about usage of Fluoxetine 28 In 1 Bottle in breastfeeding?