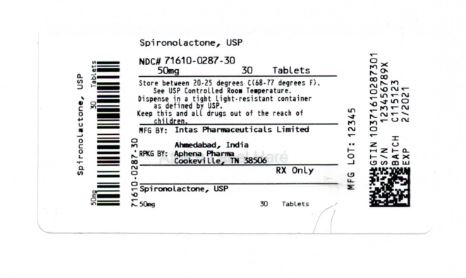 Most health expert recommend six month of exclusive breastfeeding but statics suggest that numbers are not good, almost 95% mothers start breastfeeding but this number drops to 40% in first three month and further it drops to 15% till fifth month. Sometime its due to need of medication usage. Because of these statics its important to provide good information on safety of drugs in breastfeeding so that it can be improved when possible. In this FAQ sheet we will discuss about exposure to Spironolactone while breastfeeding. We will also discuss about common side effects and warnings associated with Spironolactone .

What is Spironolactone used for?

Spironolactone tablets are indicated in the management of: Primary hyperaldosteronism for: Establishing the diagnosis of primary hyperaldosteronism by therapeutic trial. Short-term preoperative treatment of patients with primary hyperaldosteronism. Long-term maintenance therapy for patients with discrete aldosterone-producing adrenal adenomas who are judged to be poor operative risks or who decline surgery. Long-term maintenance therapy for patients with bilateral micro or macronodular adrenal hyperplasia (idiopathic hyperaldosteronism). Edematous conditions for patients with: Congestive heart failure: For the management of edema and sodium retention when the patient is only partially responsive to, or is intolerant of, other therapeutic measures. Spironolactone tablets are also indicated for patients with congestive heart failure taking digitalis when other therapies are considered inappropriate. Cirrhosis of the liver accompanied by edema and/or ascites: Aldosterone levels may be exceptionally high in this condition. Spironolactone tablets are indicated for maintenance therapy together with bed rest and the restriction of fluid and sodium. Nephrotic syndrome: For nephrotic patients when treatment of the underlying disease, restriction of fluid and sodium intake, and the use of other diuretics do not provide an adequate response. Essential hypertension Spironolactone tablets are indicated for the treatment of hypertension, to lower blood pressure. Lowering blood pressure reduces the risk of fatal and nonfatal cardiovascular events, primarily strokes and myocardial infarctions. These benefits have been seen in controlled trials of antihypertensive drugs from a wide variety of pharmacologic classes. Control of high blood pressure should be part of comprehensive cardiovascular risk management, including, as appropriate, lipid control, diabetes management, antithrombotic therapy, smoking cessation, exercise, and limited sodium intake. Many patients will require more than one drug to achieve blood pressure goals. For specific advice on goals and management, see published guidelines, such as those of the National High Blood Pressure Education Program’s Joint National Committee on Prevention, Detection, Evaluation, and Treatment of High Blood Pressure (JNC). Numerous antihypertensive drugs, from a variety of pharmacologic classes and with different mechanisms of action, have been shown in randomized controlled trials to reduce cardiovascular morbidity and mortality, and it can be concluded that it is blood pressure reduction, and not some other pharmacologic property of the drugs, that is largely responsible for those benefits. The largest and most consistent cardiovascular outcome benefit has been a reduction in the risk of stroke, but reductions in myocardial infarction and cardiovascular mortality also have been seen regularly. Elevated systolic or diastolic pressure causes increased cardiovascular risk, and the absolute risk increase per mmHg is greater at higher blood pressures, so that even modest reductions of severe hypertension can provide substantial benefit. Relative risk reduction from blood pressure reduction is similar across populations with varying absolute risk, so the absolute benefit is greater in patients who are at higher risk independent of their hypertension (for example, patients with diabetes or hyperlipidemia), and such patients would be expected to benefit from more aggressive treatment to a lower blood pressure goal. Some antihypertensive drugs have smaller blood pressure effects (as monotherapy) in black patients, and many antihypertensive drugs have additional approved indications and effects (e.g., on angina, heart failure, or diabetic kidney disease). These considerations may guide selection of therapy. Usually in combination with other drugs, spironolactone tablets are indicated for patients who cannot be treated adequately with other agents or for whom other agents are considered inappropriate. Hypokalemia For the treatment of patients with hypokalemia when other measures are considered inappropriate or inadequate. Spironolactone tablets are also indicated for the prophylaxis of hypokalemia in patients taking digitalis when other measures are considered inadequate or inappropriate. Severe heart failure (NYHA class III – IV) To increase survival, and to reduce the need for hospitalization for heart failure when used in addition to standard therapy. Usage in Pregnancy: The routine use of diuretics in an otherwise healthy woman is inappropriate and exposes mother and fetus to unnecessary hazard. Diuretics do not prevent development of toxemia of pregnancy, and there is no satisfactory evidence that they are useful in the treatment of developing toxemia. Edema during pregnancy may arise from pathologic causes or from the physiologic and mechanical consequences of pregnancy. Spironolactone tablets are indicated in pregnancy when edema is due to pathologic causes just as it is in the absence of pregnancy (however, see Precautions: Pregnancy ). Dependent edema in pregnancy, resulting from restriction of venous return by the expanded uterus, is properly treated through elevation of the lower extremities and use of support hose; use of diuretics to lower intravascular volume in this case is unsupported and unnecessary. There is hypervolemia during normal pregnancy which is not harmful to either the fetus or the mother (in the absence of cardiovascular disease), but which is associated with edema, including generalized edema, in the majority of pregnant women. If this edema produces discomfort, increased recumbency will often provide relief. In rare instances, this edema may cause extreme discomfort that is not relieved by rest. In these cases, a short course of diuretics may provide relief and may be appropriate.

Is Spironolactone usage safe while breastfeeding? If a lactating mother is using it can there be any effect on growth or development of infant?

A diuretic which is antagonist of Aldosterone receptor and a potassium-sparing drug. Excretion into breast milk is clinically non-significant and without side-effects observed in breastfed infants of treated mothers. A medication which is used for treatment of infants even in the neonatal period. It decreases slightly the secretion of Prolactin, however, instead other diuretic drugs, a suppressive effect on lactation has not been reported. The American Academy of Pediatrics (2001) rates it as Medication Usually Compatible With Breastfeeding. Eleventh WHO Model List of Essential Drugs 2002: Compatible with breastfeeding.

Spironolactone appears acceptable to use during breastfeeding. 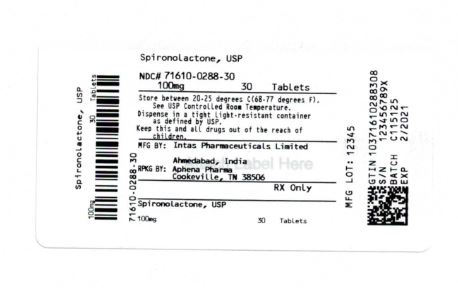 What should I do if already breastfed my kid after using Spironolactone ?

I am nursing mother and my doctor has suggested me to use Spironolactone , is it safe?

Usage of Spironolactone is safe for nursing mothers and baby, No worries.

If I am using Spironolactone , will my baby need extra monitoring?

Who can I talk to if I have questions about usage of Spironolactone in breastfeeding?