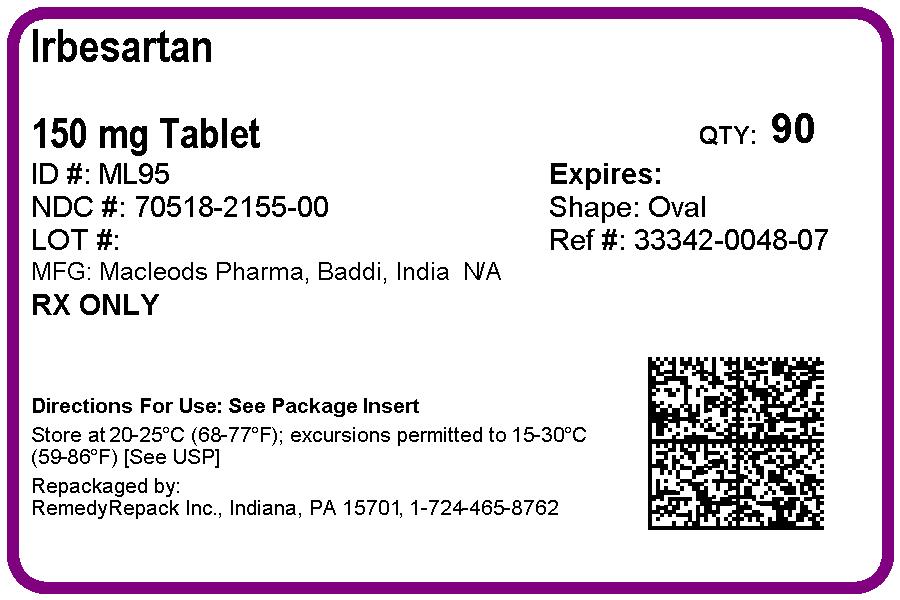 It is a well known fact that breastfeeding is best source of nutrition for infants. Breast milk provides minerals, vitamins and antibodies in most acceptable format when they need it. Nutrition taken by mother passes to breast-milk and same thing applies to medicines taken by mothers. Not all drugs cause problem for baby but some do. Lets analyze if Irbesartan | Remedyrepack Inc. is safe for baby while breastfed.

What is Irbesartan | Remedyrepack Inc. used for?

1 INDICATIONS & USAGE Irbesartan is an angiotensin II receptor blocker (ARB) indicated for: • Treatment of hypertension, to lower blood pressure. Lowering blood pressure reduces the risk of fatal and nonfatal cardiovascular events, primarily strokes and myocardial infarctions. ( 1.1) • Treatment of diabetic nephropathy in hypertensive patients with type 2 diabetes, an elevated serum creatinine, and proteinuria. ( 1.2) 1.1 Hypertension Irbesartan tablets are indicated for the treatment of hypertension, to lower blood pressure. Lowering blood pressure lowers the risk of fatal and non-fatal cardiovascular (CV) events, primarily strokes and myocardial infarction. These benefits have been seen in controlled trials of antihypertensive drugs from a wide variety of pharmacologic classes including this drug. Control of high blood pressure should be part of comprehensive cardiovascular risk management, including, as appropriate, lipid control, diabetes management, antithrombotic therapy, smoking cessation, exercise, and limited sodium intake. Many patients will require more than 1 drug to achieve blood pressure goals. For specific advice on goals and management, see published guidelines, such as those of the National High Blood Pressure Education Program’s Joint National Committee on Prevention, Detection, Evaluation, and Treatment of High Blood Pressure (JNC). Numerous antihypertensive drugs, from a variety of pharmacologic classes and with different mechanisms of action, have been shown in randomized controlled trials to reduce cardiovascular morbidity and mortality, and it can be concluded that it is blood pressure reduction, and not some other pharmacologic property of the drugs, that is largely responsible for those benefits. The largest and most consistent cardiovascular outcome benefit has been a reduction in the risk of stroke, but reductions in myocardial infarction and cardiovascular mortality also have been seen regularly. Elevated systolic or diastolic pressure causes increased cardiovascular risk, and the absolute risk increase per mmHg is greater at higher blood pressures, so that even modest reductions of severe hypertension can provide substantial benefit. Relative risk reduction from blood pressure reduction is similar across populations with varying absolute risk, so the absolute benefit is greater in patients who are at higher risk independent of their hypertension (for example, patients with diabetes or hyperlipidemia), and such patients would be expected to benefit from more aggressive treatment to a lower blood pressure goal. Some antihypertensive drugs have smaller blood pressure effects (as monotherapy) in black patients, and many antihypertensive drugs have additional approved indications and effects (e.g., on angina, heart failure, or diabetic kidney disease). These considerations may guide selection of therapy. Irbesartan tablets may be used alone or in combination with other antihypertensive agents. 1.2 Nephropathy in Type 2 Diabetic Patients Irbesartan tablets are indicated for the treatment of diabetic nephropathy in patients with type 2 diabetes and hypertension, an elevated serum creatinine, and proteinuria (>300 mg/day). In this population, irbesartan tablets reduces the rate of progression of nephropathy as measured by the occurrence of doubling of serum creatinine or end-stage renal disease (need for dialysis or renal transplantation) [see Clinical Studies ( 14.2)].

I am breastfeeding mother and I am using Irbesartan | Remedyrepack Inc.. Can it have any bad effect on my kid? Shall I search for better alternative?

At latest update, relevant published data on excretion into breast milk were not found. Because of a high protein-binding capacity, a significant excretion into breast milk is unlikely. However, it is one among the Sartan drugs (ARA-II type) with the longest half-life and highest oral bioavailability. The latter properties make it less convenient for use while breastfeeding. Reportedly, a newborn infant appeared with transient renal failure (kidney malfunction) whose mother had taken this medication during pregnancy. Until more data on this medication is available safer alternative drugs are preferred especially in premature babies or during the neonatal period. Should an ARA-II medication (Sartan type) be necessary, the associated risk may be decreased by choosing the one with a favorable pharmacokinetics (shorter half-life elimination time and lower bioavailability) like Eprosartan and Losartan.

Because no information is available on the use of irbesartan during breastfeeding, an alternate drug may be preferred, especially while nursing a newborn or preterm infant. 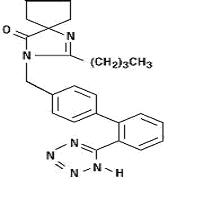 What should I do if already breastfed my kid after using Irbesartan | Remedyrepack Inc.?

If you observer abnormal behavior or any other health issue in infant then you should immediately call 911 or contact other contact other emergency service provider in your area otherwise closely monitor the baby and inform your doctor about your Irbesartan | Remedyrepack Inc. usage and time interval of breastfeeding.

I am nursing mother and my doctor has suggested me to use Irbesartan | Remedyrepack Inc., is it safe?

If I am using Irbesartan | Remedyrepack Inc., will my baby need extra monitoring?

Yes, Extra monitoring is required if mother is using Irbesartan | Remedyrepack Inc. and breastfeeding as it is considered unsafe for baby.

Who can I talk to if I have questions about usage of Irbesartan | Remedyrepack Inc. in breastfeeding?