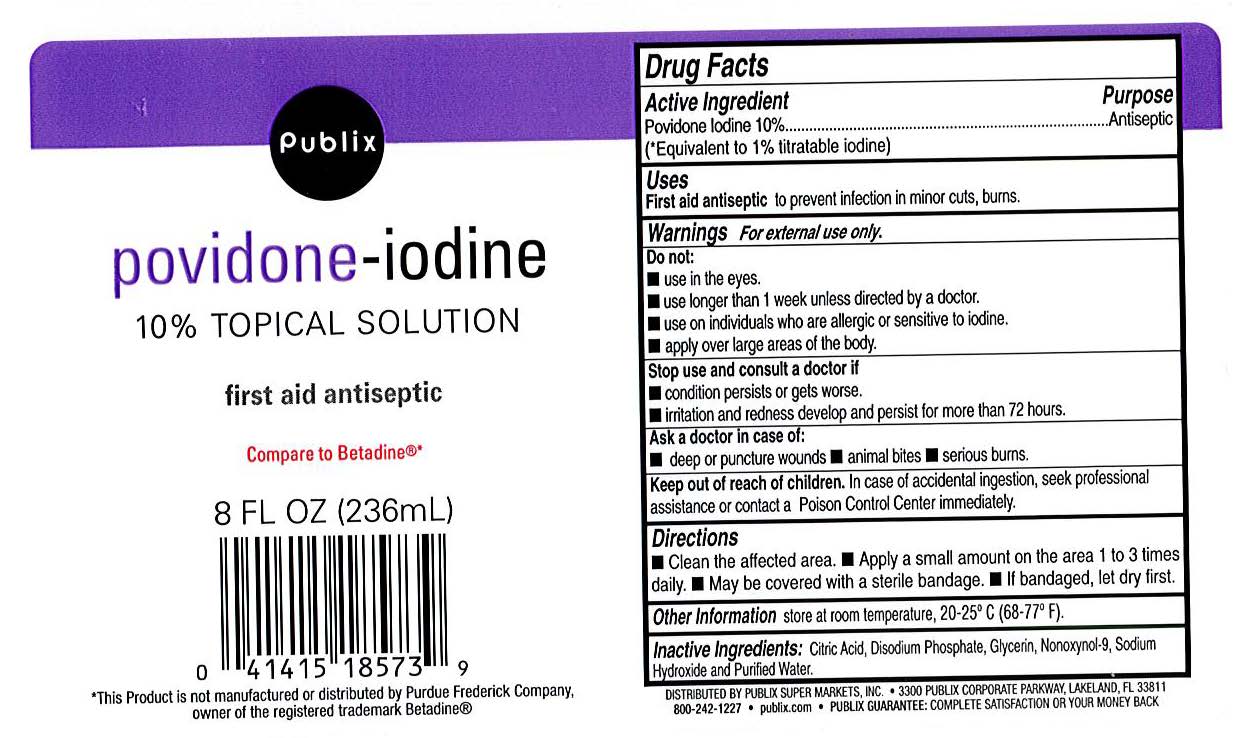 Disinfectant that contains high amount (2-7%) of Iodine in solution with alcohol or water (Lugol's solution) Not absorbed through intact skin of adults. However, it may trespass the inflamed skin, wounds, mucosa surfaces like vagina, in which case can reach concentration in grams in the human serum (1 g = 1,000 milligrams = 1,000,000 micrograms). Normal daily allowance is considered to be as high as 100 to 150 micrograms that increases to 200 – 300 micrograms in pregnancy or nursing period. The latter means less than one third of a milligram. Iodine is concentrated into breast milk with a level that could reach 20 times higher than the concentration in the blood. It has been found higher levels of Iodine, altered results of neonatal screening test for thyroid function, and, transient hypothyroidism in infants whose mothers were exposed to Iodine Povidone. Use should be avoid in the Delivery Room, Operating Room (C-section), Neonatal Units, Toddler admision areas and during the breastfeeding period. Sporadic or inadvertent use, specially on normal skin, does not require special test or procedures because it does not pose higher risk to the child.

Iodine is an essential trace nutrient for all infants that a normal component of breastmilk. Infant requirements are estimated to be 15 mcg/kg daily in fullterm infants and 30 mcg/kg daily in premature infants.[1] Systematic reviews and studies on iodine nutrition found that iodine in breastmilk is adequate in iodine-sufficient countries, but in countries with iodine fortification of foods, many mothers did not obtain adequate iodine and that additional supplementation was desirable.[2][3][4][5] In iodine-deficient areas, supplementation of breastfeeding mothers with iodine appears to be more effective than direct supplementation of the infant in reducing infant iodine deficiency.[6] The American Thyroid Association recommends that breastfeeding women should supplement their diet with a daily oral supplement that contains 150 mcg of iodine, but sustained iodine intake while breastfeeding that exceeds 500 to 1100 mcg daily should be avoided.[7] A survey in the United States between 2011 and 2014 found that only 19% of lactating women used a dietary supplement that contained iodine.[8] The use of excessive amounts of iodine in the mother near term and during breastfeeding (e.g., seaweed soup) can increase breastmilk iodine levels and cause transient hypothyroidism in breastfed infants. The absorption of iodine can be marked after application to open wounds or mucous membranes. Exposure of mothers to unnecessary iodine who are or will be breastfeeding should be avoided or minimized to the extent possible by avoiding its use on maternal mucous membranes (e.g., vaginal use, wound therapy), avoiding prolonged contact time, avoiding repeated applications, and applying it to the smallest possible surface areas of the body. It is possible that maternal exposure to iodine near term could interfere with thyroid studies done as a part of newborn screening tests.