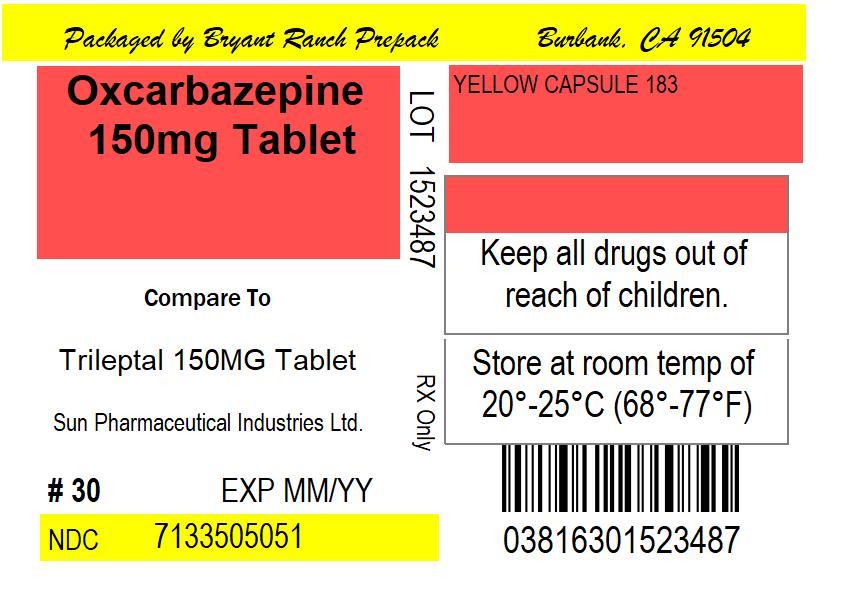 What is Oxcarbazepine 150 Mg used for?

Is Oxcarbazepine 150 Mg usage safe while breastfeeding? If a lactating mother is using it can there be any effect on growth or development of infant?

A derivative of carbamazepine with a very similar chemical structure and therapeutic action. It is rapidly and extensively metabolised to licarbazepine (MHD), its active metabolite. It is excreted in breast milk in clinically insignificant amounts (Lutz 2007, Bulau 1988) and no problems have been observed in infants whose mothers have taken it (Lutz 2007, Tomson 2007, Eisenschenk 2006, Gentile 2003, Bulau 1988). Plasma levels in these infants were very low, less than 5% of maternal plasma levels (Öhman 2009, Lutz 2007). Carbamazepine (see specific information) is considered compatible with breastfeeding by the American Academy of Pediatrics (AAP 2001) and thus appears on the list of WHO essential medicines (WHO/UNICEF 2002). Given the proven benefits of breastfeeding and despite the fact that there is a lack of reports on the safety of oxcarbazepine, several expert authors consider it safe to take during breastfeeding (Uguz 2016, Reimers 2014, Davanzo 2013, Bar-Oz 2000). Furthermore, as an integral and important part of the experience of motherhood, the American Academy of Neurology and the American Academy of Pediatrics advise that mothers undergoing anti-epileptic treatment can breastfeed (Pack 2006). Plasma levels of oxcarbazepine and its metabolite MHD decrease slightly during pregnancy and increase significantly in the immediate postpartum period. Therefore, close monitoring of these levels is required to adjust the dosage of the drug (Mazzucchelli 2006) See below the information of these related products:

What should I do if I am breastfeeding mother and I am already exposed to Oxcarbazepine 150 Mg?

I am nursing mother and my doctor has suggested me to use Oxcarbazepine 150 Mg, is it safe?

Definitely, Oxcarbazepine 150 Mg is safe in lactation for baby. No wonder your doctor has recommended it.

If I am using Oxcarbazepine 150 Mg, will my baby need extra monitoring?

Who can I talk to if I have questions about usage of Oxcarbazepine 150 Mg in breastfeeding?