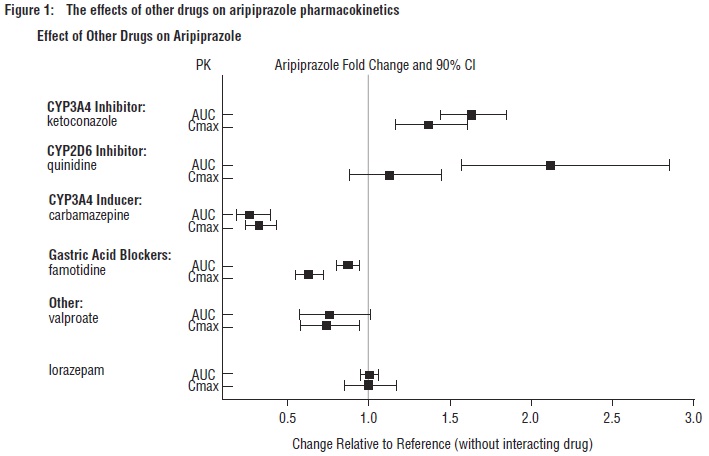 American Academy of Pediatrics and other medical experts exclusively recommend to breastfeed the baby for first 6 months. Once you introduce baby to other foods it is recommended to breastfeed for at least first year of babys life. Taking medication while breastfeeding could be tricky as most drugs pass in breast milk. In this article we will evaluate Aripiprazole 28 In 1 Bottle for its safety in breastfeeding.

What is Aripiprazole 28 In 1 Bottle used for?

Aripiprazole tablets are indicated for the treatment of: Schizophrenia [see CLINICAL STUDIES (14.1)] Additional pediatric use information is approved for Otsuka America Pharmaceutical, Inc.’s ABILIFY® (aripiprazole) product. However, due to Otsuka America Pharmaceutical, Inc.’s marketing exclusivity rights, this drug product is not labeled with that information. Aripiprazole is an atypical antipsychotic. The oral formulation is indicated for: Schizophrenia (14.1)

I am breastfeeding mother and I am using Aripiprazole 28 In 1 Bottle. Can it have any bad effect on my kid? Shall I search for better alternative?

ts pharmacokinetic data (low oral bioavailability, large volume of distribution, moderately elevated molecular weight and high plasma protein binding) explains the negligible or zero passage into milk observed (Grover 2015, Nordeng 2014, Watanabe 2011, Lutz 2010, Schlotterbeck 2007). No problems were observed in infants whose mothers were taking it (Nordeng 2014, Tarikh 2014, Lutz 2010). The plasma levels of these infants were undetectable or very low (Watanabe 2011). Its relationship with prolactin is controversial because it lowers prolactin levels and has been used to treat prolactinomas and hyperprolactinemia induced by the use of other antipsychotics (Bakker 2016, Ranjbar 2015, Raghuthaman 2015, Safer 2013, Byerly 2009, Lorenz 2007, Goodnick 2002), but cases of decreased milk production have been reported (Frew 2015, Mendhekar 2006) and hyperprolactinemia triggered by aripiprazole has been reported (Sogawa 2016, Prost 2016, Saraf 2014, Mendhekar 2005, Ruffatti 2005). Due to its slow elimination, it may be worthwhile using other compatible antipsychotics with a shorter half-life, especially during the neonatal period and in case of prematurity (Uguz 2016). Monitor for possible drowsiness in the infant (Hale 2017 p.74).

Limited information indicates that maternal doses of aripiprazole up to 15 mg daily produce low levels in milk, but until more data become available, an alternate drug may be preferred, especially while nursing a newborn or preterm infant.[1] Aripiprazole can lower serum prolactin in a dose-related manner, but cases of gynecomastia and galactorrhea have also been reported.

I already used Aripiprazole 28 In 1 Bottle and meanwhile I breastfed my baby should I be concerned?

I am nursing mother and my doctor has suggested me to use Aripiprazole 28 In 1 Bottle, is it safe?

If I am using Aripiprazole 28 In 1 Bottle, will my baby need extra monitoring?

Who can I talk to if I have questions about usage of Aripiprazole 28 In 1 Bottle in breastfeeding?