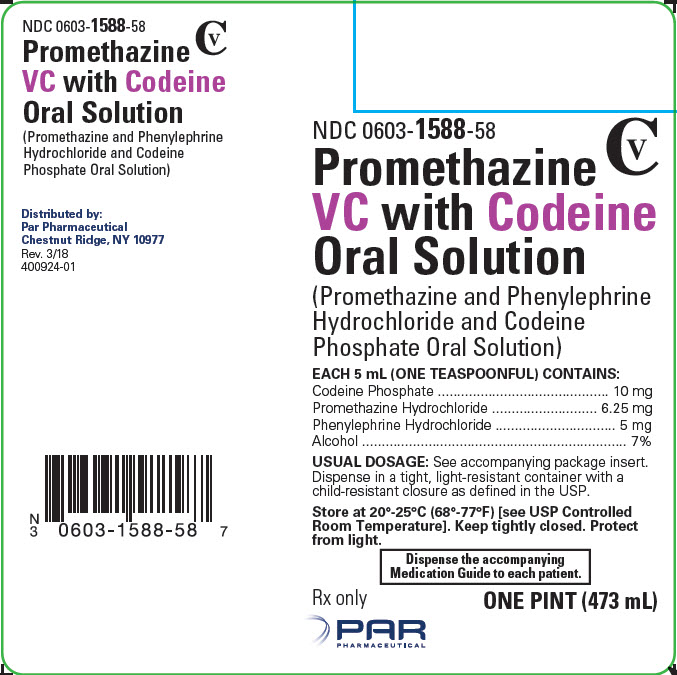 Nutrients from the food that you eat passes to your breast milk. Its good idea to take healthy diet while breastfeeding. You may need to consume more calories per day to support healthy body system. Some time it gets necessary take medicine while you are breastfeeding and as other food items passes into breast milk, medicine passes as well hence it becomes obvious to understand its effects while breastfeeding. We have analyzed many medications and in this sheet we will present some fact and known information associated with Promethazine Vc With Codeine 118 Ml while breast-feeding.

What is Promethazine Vc With Codeine 118 Ml used for?

Promethazine Vc With Codeine 118 Ml while breastfeeding safe or not? Can there be any side effects for infant while using it during breastfeeding?

1st-generation-antihistamine and phenothiazine-type drug with a strong sedative effect. At latest update relevant published data on excretion into breast milk were not found. It may decrease prolactin levels and interfere with milk production during the first few weeks after birth (Pontiroli 1981, Messinis 1985).Pharmacokinetic data (high volume of distribution and high plasma protein-binding capacity) would render it unlikely a significant passage into the breastmilk.In addition, a low oral bioavailability would hinder a further passage to infant’s plasma through the ingested breastmilk, except on premature infants and immediate neonatal period when there may be an increased intestinal permeability.There are doubts about any association with Sudden Infant Death Syndrome (SIDS) (Kahn 1982, Stanton 1983). It may be considered compatible with breastfeeding on isolated doses such as those used for pre-surgical medication or traveler's dizziness (WHO 2002). Avoid a repeated use as it may cause drowsiness in the infant.Avoid using it in the immediate neonatal period (first 4 to 6 weeks after birth) and in case of prematurity. If used, follow-up the infant for drowsiness and feeding issues. It is not recommended bed-sharing when taking this medication (UNICEF 2006, ABM 2008, Landa 2012, UNICEF 2013).

Based on minimal excretion of other phenothiazine derivatives, it appears that occasional short-term use of promethazine for the treatment of nausea and vomiting poses little risk to the breastfed infant. With repeated doses, observe infants for excess sedation. Because promethazine can lower basal prolactin secretion, promethazine might interfere with the establishment of lactation if given during labor, before lactation is well established or with a sympathomimetic such as pseudoephedrine. An antiemetic without potent histamine blocking action is preferred in nursing mothers.

I am nursing mother and I have already used Promethazine Vc With Codeine 118 Ml, what should I do?

I am nursing mother and my doctor has suggested me to use Promethazine Vc With Codeine 118 Ml, is it safe?

If I am using Promethazine Vc With Codeine 118 Ml, will my baby need extra monitoring?

Yes, Extra monitoring is required if mother is using Promethazine Vc With Codeine 118 Ml and breastfeeding as it is considered unsafe for baby.

Who can I talk to if I have questions about usage of Promethazine Vc With Codeine 118 Ml in breastfeeding?