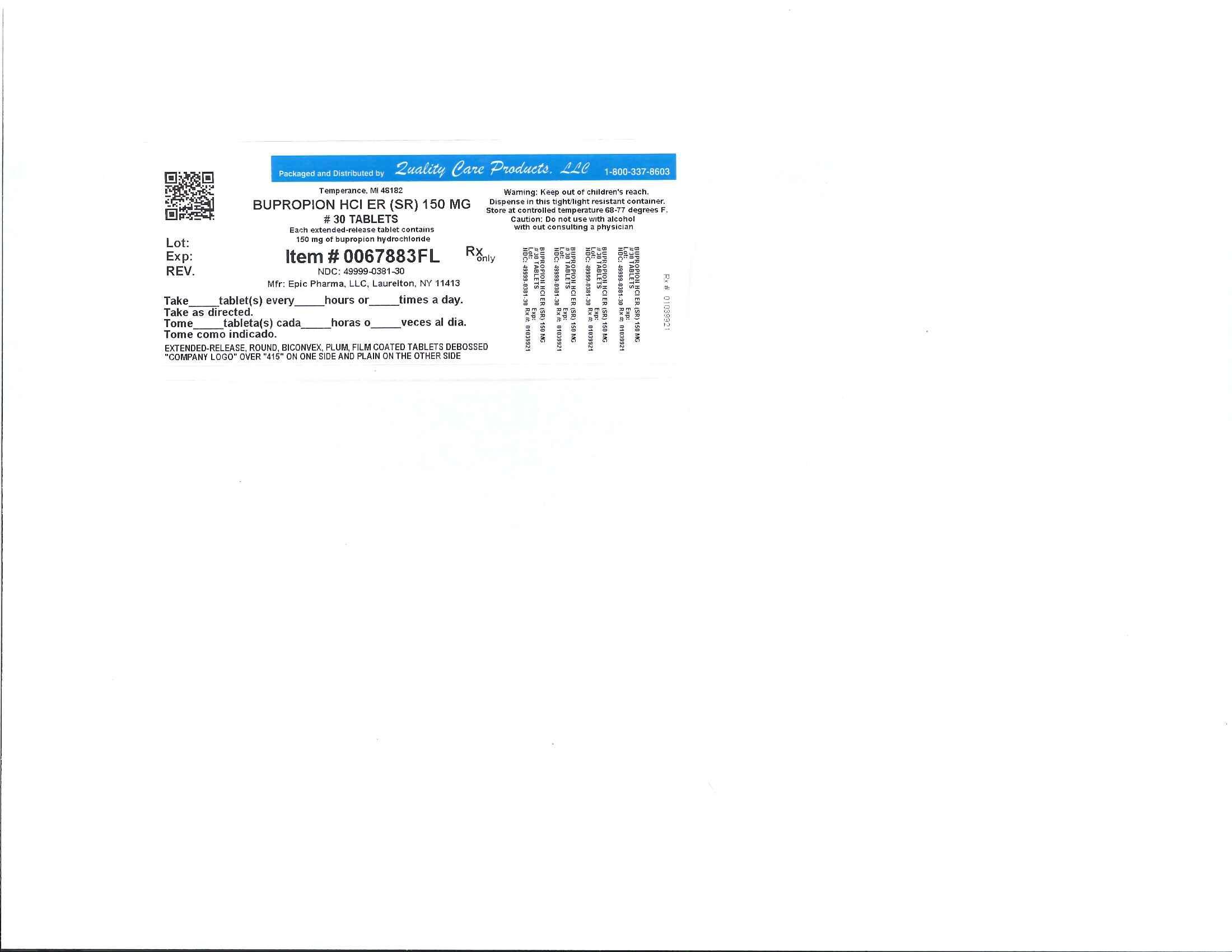 Most health expert recommend six month of exclusive breastfeeding but statics suggest that numbers are not good, almost 95% mothers start breastfeeding but this number drops to 40% in first three month and further it drops to 15% till fifth month. Sometime its due to need of medication usage. Because of these statics its important to provide good information on safety of drugs in breastfeeding so that it can be improved when possible. In this FAQ sheet we will discuss about exposure to Bupropion Hydrochloride Extended Release Sr while breastfeeding. We will also discuss about common side effects and warnings associated with Bupropion Hydrochloride Extended Release Sr.

What is Bupropion Hydrochloride Extended Release Sr used for?

Bupropion hydrochloride extended-release tablets USP (SR) are indicated for the treatment of major depressive disorder. The efficacy of bupropion in the treatment of a major depressive episode was established in two 4-week controlled trials of depressed inpatients and in one 6-week controlled trial of depressed outpatients whose diagnoses corresponded most closely to the Major Depression category of the APA Diagnostic and Statistical Manual (DSM) (see CLINICAL PHARMACOLOGY). A major depressive episode (DSM-IV) implies the presence of 1) depressed mood or 2) loss of interest or pleasure; in addition, at least 5 of the following symptoms have been present during the same 2-week period and represent a change from previous functioning: depressed mood, markedly diminished interest or pleasure in usual activities, significant change in weight and/or appetite, insomnia or hypersomnia, psychomotor agitation or retardation, increased fatigue, feelings of guilt or worthlessness, slowed thinking or impaired concentration, a suicide attempt or suicidal ideation. The efficacy of bupropion hydrochloride extended-release tablets USP (SR) in maintaining an antidepressant response for up to 44 weeks following 8 weeks of acute treatment was demonstrated in a placebo-controlled trial (see CLINICAL PHARMACOLOGY ). Nevertheless, the physician who elects to use bupropion hydrochloride extended-release tablets USP (SR) for extended periods should periodically reevaluate the long-term usefulness of the drug for the individual patient.

I am currently breastfeeding and I want to know if using Bupropion Hydrochloride Extended Release Sr is safe for my kid? Does it have any effect on milk production?

What should I do if already breastfed my kid after using Bupropion Hydrochloride Extended Release Sr?

My health care provider has asked me to use Bupropion Hydrochloride Extended Release Sr, what to do?

If I am using Bupropion Hydrochloride Extended Release Sr, will my baby need extra monitoring?

Who can I talk to if I have questions about usage of Bupropion Hydrochloride Extended Release Sr in breastfeeding?