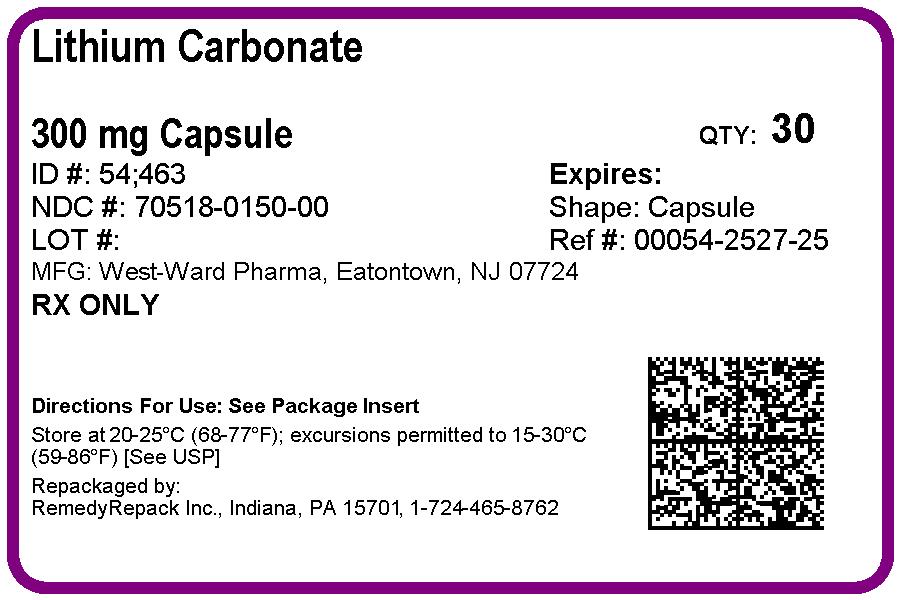 Do you know that important immune protective proteins are present in breast milk? Breast milk also contains required vitamins, minerals, saturated and un saturated fats. These things are extremely important for development of healthy brain. If you are taking any medicine for short term or for the chronic reason then that passes in breast milk as well, that is why you should always check the drug with your health care provider. Here at DrLact we try to analyze drugs based on available researches and in this sheet we will present our analysis for Lithium Carbonate Tablet 300 Mg.

What is Lithium Carbonate Tablet 300 Mg used for?

Lithium Carbonate Tablet 300 Mg while breastfeeding safe or not? Can there be any side effects for infant while using it during breastfeeding?

It is excreted into breast milk in amounts that may be clinically significant and can be as high as a half of that reached in mother’s plasma and up to one third of the therapeutic level in the infant. In infants and newborns (5 days), premature babies and dehydrated or infected infants, who may show reduced clearance mechanisms for lithium, there have been reports of clear signs of lithium toxicity caused by ingestion of breast milk: cyanosis, lethargy, hypotonia or slight increase in TSH. However, there are numerous cases of infants whose mothers were on lithium who did not show any clinical, growth or neurodevelopmental problem at the short or long term. Breastfeeding is less risky for healthy term infants whose mothers are treated with lithium when she or her family has capacity enough to monitor the occurrence of adverse effects, medical supervision and, whenever necessary, monitoring of lithium levels in the mother-infant dyad. Mothers should stop taking lithium 1 to 2 days before delivery or cesarean section in order to decrease plasma levels in the newborn. Lithium may be, or not, a cause of increased Prolactin and galactorrhea.

Although lithium appears on many lists of drugs contraindicated during breastfeeding, other sources do not consider it an absolute contraindication, especially in infants over 2 months of age and during lithium monotherapy.[1][2][3][4] Numerous reports exist of infants who were breastfed during maternal lithium therapy without any signs of toxicity or developmental problems. Most were breastfed from birth and some continued to nurse for up to 1 year of maternal lithium therapy. Limited data suggest that lithium in milk can adversely affect the infant when its elimination is impaired, as in dehydration or in newborn or premature infants. Neonates may also have transplacentally acquired serum lithium levels. Because maternal lithium requirements and dosage may be increased during pregnancy, maternal serum levels should be monitored frequently postpartum and dosage reduced as necessary to avoid excessive infant exposure via breastmilk.[5] The long-term effects of lithium on infants are not certain, but limited data indicate no obvious problems in growth and development.[6] Lithium may be used in mothers of fullterm infants who are willing and able to monitor their infants. Discontinuing lithium 24 to 48 hours before Cesarean section delivery or at the onset of spontaneous labor and resuming the prepregnancy lithium dose immediately after delivery should minimize the infant's serum lithium concentration at birth.[7] Some investigators recommend monitoring infant serum lithium, serum creatinine, BUN, and TSH in intervals ranging from "periodic" to every 4 to 12 weeks during breastfeeding and maternal lithium therapy.[3][8][9] However, others recommend close pediatric follow-up of the infant and only selective laboratory monitoring as clinically indicated.[7] Breastfeeding should be discontinued immediately and the infant evaluated if the infant appears restless or lethargic or has feeding problems.[7]

I already used Lithium Carbonate Tablet 300 Mg and meanwhile I breastfed my baby should I be concerned?

I am nursing mother and my doctor has suggested me to use Lithium Carbonate Tablet 300 Mg, is it safe?

If I am using Lithium Carbonate Tablet 300 Mg, will my baby need extra monitoring?

Yes, Extra monitoring is required if mother is using Lithium Carbonate Tablet 300 Mg and breastfeeding as it is considered unsafe for baby.

Who can I talk to if I have questions about usage of Lithium Carbonate Tablet 300 Mg in breastfeeding?