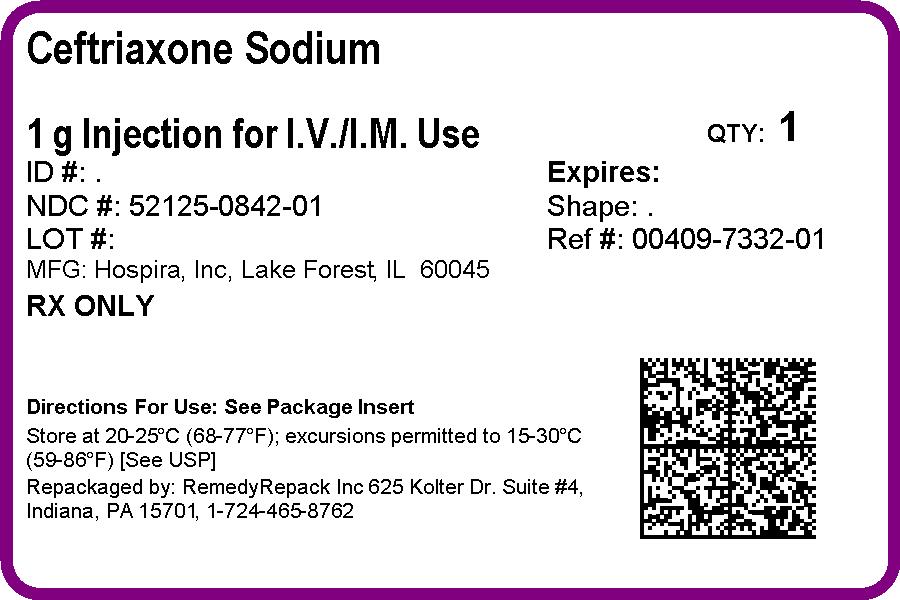 It is a well known fact that breastfeeding is best source of nutrition for infants. Breast milk provides minerals, vitamins and antibodies in most acceptable format when they need it. Nutrition taken by mother passes to breast-milk and same thing applies to medicines taken by mothers. Not all drugs cause problem for baby but some do. Lets analyze if Ceftriaxone Sodium Ceftriaxone Sodium injection, Powder, For Solution  is safe for baby while breastfed.

Third generation cephalosporin for injection or parenteral administration. Like most cephalosporins for which data are available, it is excreted in breast milk in clinically non-significant amount (Kafetzis 1983, Hirabayashi 1988, Bourget 1993) with no problems being reported in infants whose mothers were treated with it. Because a low oral bioavailability the absorption from ingested milk to infant’s plasma would be zero or negligible, except in case prematurity and immediate neonatal period, when intestinal absorption may be increased. It is a medication which is approved for use in infants and neonates. Be aware of the possibility of false negative results of cultures in febrile infants whose mothers are taking antibiotics as well as the possibility of gastroenteritis (Ito 1993) by altering the intestinal flora. American Academy of Pediatrics 2001: Medication usually compatible with breastfeeding.WHO List of Essential Medicines 2002: compatible with breastfeeding.

Limited information indicates that ceftriaxones produce low levels in milk which are not expected to cause adverse effects in breastfed infants. Occasionally disruption of the infant's gastrointestinal flora, resulting in diarrhea or thrush have been reported with cephalosporins, but these effects have not been adequately evaluated. Ceftriaxone is acceptable in nursing mothers.