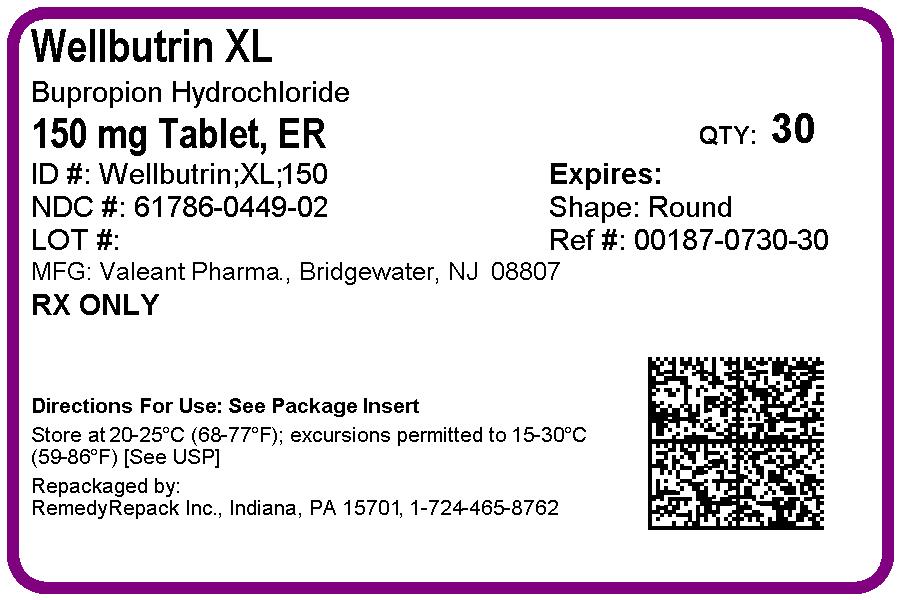 It is a well known fact that breastfeeding is best source of nutrition for infants. Breast milk provides minerals, vitamins and antibodies in most acceptable format when they need it. Nutrition taken by mother passes to breast-milk and same thing applies to medicines taken by mothers. Not all drugs cause problem for baby but some do. Lets analyze if Wellbutrin Xl | Remedyrepack Inc. is safe for baby while breastfed.

What is Wellbutrin Xl | Remedyrepack Inc. used for?

WELLBUTRIN XL is an aminoketone antidepressant, indicated for the treatment of major depressive disorder (MDD) and prevention of seasonal affective disorder (SAD). Periodically reevaluate long-term usefulness for the individual patient. ( 1) 1.1 Major Depressive Disorder WELLBUTRIN XL ® (bupropion hydrochloride extended-release tablets) is indicated for the treatment of major depressive disorder (MDD), as defined by the Diagnostic and Statistical Manual (DSM). The efficacy of the immediate-release formulation of bupropion was established in two 4-week controlled inpatient trials and one 6-week controlled outpatient trial of adult patients with MDD. The efficacy of the sustained-release formulation of bupropion in the maintenance treatment of MDD was established in a long-term (up to 44 weeks), placebo-controlled trial in patients who had responded to bupropion in an 8-week study of acute treatment [see Clinical Studies (14.1)]. 1.2 Seasonal Affective Disorder WELLBUTRIN XL is indicated for the prevention of seasonal major depressive episodes in patients with a diagnosis of seasonal affective disorder (SAD). The efficacy of bupropion hydrochloride extended-release tablets in the prevention of seasonal major depressive episodes was established in 3 placebo-controlled trials in adult outpatients with a history of MDD with an autumn-winter seasonal pattern as defined in the DSM [see Clinical Studies (14.2)].

Wellbutrin Xl | Remedyrepack Inc. while breastfeeding safe or not? Can there be any side effects for infant while using it during breastfeeding?

What should I do if already breastfed my kid after using Wellbutrin Xl | Remedyrepack Inc.?

I am nursing mother and my doctor has suggested me to use Wellbutrin Xl | Remedyrepack Inc., is it safe?

If I am using Wellbutrin Xl | Remedyrepack Inc., will my baby need extra monitoring?

Who can I talk to if I have questions about usage of Wellbutrin Xl | Remedyrepack Inc. in breastfeeding?