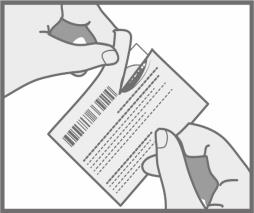 Modern medicine has evolved so much so that sooner or later every breastfeeding mother needs to take it in one form or other. Medication that is present in mothers blood will transfer into her breast milk to some extent. Most drugs do so at low levels and pose no real risk to infants but then there are some exceptions. In This post will discuss whether Alora | Estradiol Patch is safe in breast-feeding or not.

What is Alora | Estradiol Patch used for?

Alora is indicated in: Treatment of moderate to severe vasomotor symptoms associated with the menopause. Treatment of moderate to severe symptoms of vulvar and vaginal atrophy associated with the menopause. When prescribing solely for the treatment of symptoms of vulvar and vaginal atrophy, topical vaginal products should be considered. Treatment of hypoestrogenism due to hypogonadism, castration or primary ovarian failure. Prevention of postmenopausal osteoporosis. When prescribing solely for the prevention of postmenopausal osteoporosis, therapy should only be considered for women at significant risk of osteoporosis and non-estrogen medications should be carefully considered. The mainstays for decreasing the risk of postmenopausal osteoporosis are weight bearing exercise, adequate calcium and vitamin D intake, and, when indicated, pharmacologic therapy. Postmenopausal women require an average of 1500 mg/day of elemental calcium to remain in neutral calcium balance. Therefore, when not contraindicated, calcium supplementation may be helpful for women with suboptimal dietary intake. Vitamin D supplementation of 400-800 IU/day may also be required to ensure adequate daily intake in postmenopausal women.

Is Alora | Estradiol Patch usage safe while breastfeeding? If a lactating mother is using it can there be any effect on growth or development of infant?

Estradiol is the one and only active ingredient present in Alora | Estradiol Patch. Estradiol in itself is a low risk drug for lactation so it is easy to understand that Alora | Estradiol Patch also comes in category of Low Risk item while breastfeeding. Below is the summary of Estradiol in breastfeeding.
Statement of Manufacturer/Labeler about breastfeeding usage
G. Nursing Mothers Estrogen administration to nursing mothers has been shown to decrease the quantity and quality of the milk. Detectable amounts of estrogens have been identified in the milk of mothers receiving estrogen therapy. Estrogens are not indicated for the prevention of postpartum breast engorgement. Caution should be exercised when Alora is administered to a nursing woman. 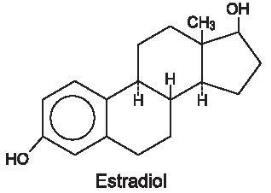 I am nursing mother and I have already used Alora | Estradiol Patch, what should I do?

I am nursing mother and my doctor has suggested me to use Alora | Estradiol Patch, is it safe?

If I am using Alora | Estradiol Patch, will my baby need extra monitoring?

Who can I talk to if I have questions about usage of Alora | Estradiol Patch in breastfeeding?