What is Neomycin Polymyxin B Sulfates And Dexamethasone used for?

: For steroid-responsive inflammatory ocular conditions for which a corticosteroid is indicated and where bacterial infection or a risk of bacterial ocular infection exists. Ocular steroids are indicated in inflammatory conditions of the palpebral and bulbar conjunctiva, cornea, and anterior segment of the globe where the inherent risk of steroid use in certain infective conjunctivitis is accepted to obtain a diminution in edema and inflammation. They are also indicated in chronic anterior uveitis and corneal injury from chemical, radiation or thermal burns, or penetration of foreign bodies. The use of a combination drug with an anti-infective component is indicated where the risk of infection is high or where there is an expectation that potentially dangerous numbers of bacteria will be present in the eye. The particular anti-infective drug in this product is active against the following common bacterial eye pathogens: Staphylococcus aureus,Escherichia coli, Haemophilus influenzae, Klebsiella/Enterobacter species, Neisseria species, Pseudomonas aeruginosa. This product does not provide adequate coverage against Serratia marcescens, and Streptococci, including Streptococcus pneumoniae.

Is using Neomycin Polymyxin B Sulfates And Dexamethasone unsafe in breastfeeding? Can there be bad consequences for baby if I use it while breastfeeding?

There are 3 ingredients used in manufacturing of Neomycin Polymyxin B Sulfates And Dexamethasone .Based on our analysis of Neomycin, Polymyxin b, Dexamethasone i.e. all 3 ingredients we can conclude that Neomycin Polymyxin B Sulfates And Dexamethasone has low risk associated with breastfeeding. Below is the summarized detail of breastfeeding effects associated with all 3 ingredients.
Statement of Manufacturer/Labeler about breastfeeding usage
Nursing Mothers Systemically administered corticosteroids appear in human milk and could suppress growth, interfere with endogenous corticosteroid production, or cause other untoward effects. It is not known whether topical administration of corticosteroids could result in sufficient systemic absorption to produce detectable quantities in human milk. Because many drugs are excreted in human milk, caution should be exercised when neomycin and polymyxin B sulfates and dexamethasone ophthalmic suspension is administered to a nursing woman. 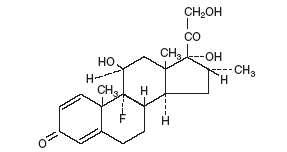 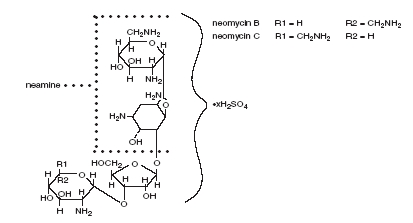 Pharmacokinetic data indicate that excretion into breast milk in significant levels is possible, hence for long term treatments other steroids with lower excretion would be advisable. Other steroids (Betamethasone) that are administered prior to delivery can produce a delay of Lactogenesis phase II (milk's coming in) and a decrease of milk production within the first post-partum week. Intra-articular injected large doses of other steroids (Triamcinolone, Methylprednisolone) may transiently affect milk production. A decrease of prolactin release after administration of dexamethasone has been observed that may decrease milk production mostly in the first post-partum weeks. Topical use: Because of a low absorption through skin significant excretion into breast milk is unlikely. Additionally, a high protein binding makes excretion even more unlikely. Whenever a treatment for nipple eczema or dermatitis is required the lowest potency steroid compound should be used. It should be applied right after the feed to make sure it has disappeared before the next nursing occurs. Otherwise, wipe cream out with a clean gauze. Do not continuously use for longer than a week. Reportedly, a case of mineral-steroid toxicity has occurred due to continuous use of cream on the nipple. Creams, gels or similar products that contain paraffin or mineral oil should not be used on the nipple to avoid absorption by the infant. Corticoids are frequently prescribed in Pediatrics with no side effects on the infant when indicated for short-term or sporadical use. On nursing mothers a timely use or not long-term treatment is compatible with breastfeeding along with the assessment of milk production. WHO Model List of Essential Drugs 2002: Compatible with breastfeeding in single dose. No data is available on long-term use.

Because no information is available on the use of systemic dexamethasone during breastfeeding, an alternate corticosteroid may be preferred, especially while nursing a newborn or preterm infant. Local injections, such as for tendinitis, would not be expected to cause any adverse effects in breastfed infants, but might occasionally cause temporary loss of milk supply.

What if I already have used Neomycin Polymyxin B Sulfates And Dexamethasone?

Neomycin Polymyxin B Sulfates And Dexamethasone is in the category of low risk, if you have already used it then its not a big deal if health and behavior of baby is good. However your health care provider shall be aware of the fact that you have used Neomycin Polymyxin B Sulfates And Dexamethasone so you should inform him based on your convenience.

My health care provider has asked me to use Neomycin Polymyxin B Sulfates And Dexamethasone, what to do?

If I am using Neomycin Polymyxin B Sulfates And Dexamethasone, will my baby need extra monitoring?

Who can I talk to if I have questions about usage of Neomycin Polymyxin B Sulfates And Dexamethasone in breastfeeding?