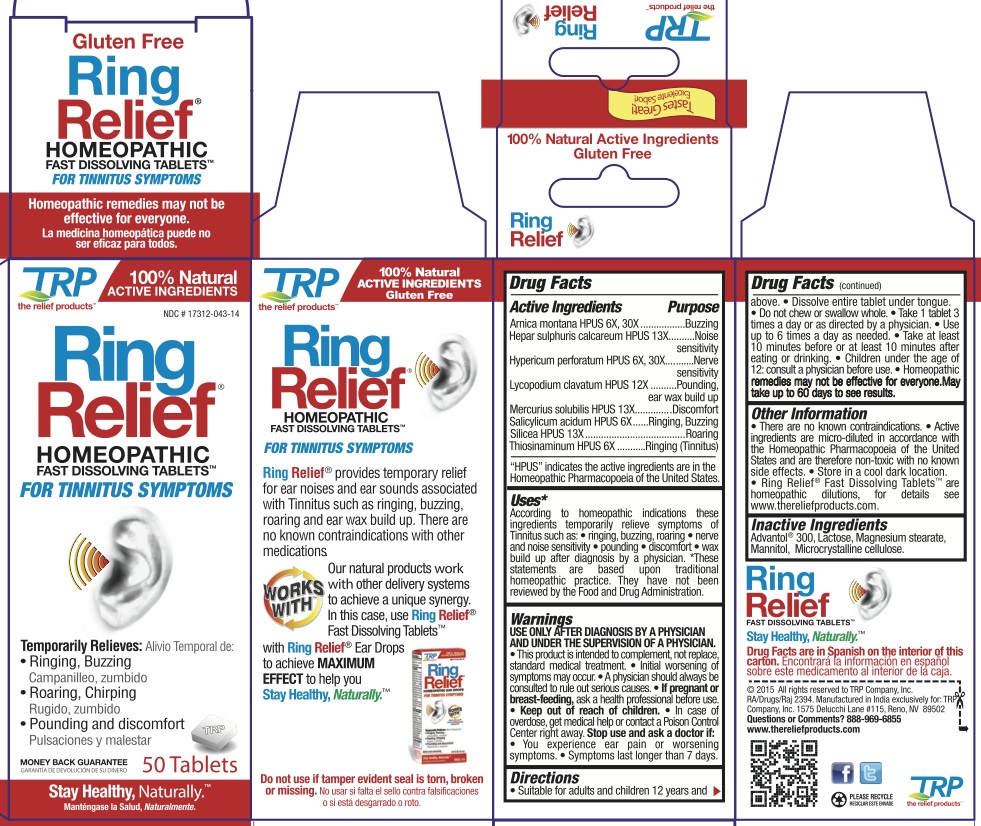 What is Ring Relief | Trp Company used for?

* According to homeopathic indications, these ingredients temporarily relieve Tinnitus symptoms such as: • Ringing • Buzzing • Roaring • Nerve and Noise Sensitivity • Pounding • Discomfort • Wax buildup after diagnosis by a physician. *These statements are based upon traditional homeopathic practice. They have not been reviewed by the Food and Drug Administration.

I am breastfeeding mother and I am using Ring Relief | Trp Company. Can it have any bad effect on my kid? Shall I search for better alternative?

Herb commonly used from ancient times. Firm evidence is available on its effectiveness for treatment of depression, to the extent that it should be avoided a sudden stop of medication to prevent a rebound effect. It has been also topically used for the treatment of wounds, burns and eczema due to healing and antiseptical properties. Constituents are: Hypericin, Hyperforin and Quercetin. Antidepressant properties are attributed to Hypericin but mostly to Hyperforin. Quercetin is a flavonoid which is commonly found in many fruits and eatable vegetables. Hyperforin is excreted into breast milk in nil or clinically non-significant amount with not side-effects reported among breastfed infants from treated mothers, except for isolated and dubious cases of somnolence and colicky pain with spontaneous resolution with no medical intervention being required. Plasma levels in those infants were undetectable or close to the lower detectable point (0.1μg/L). Hypericin has not been detected in the breast milk. Quercetin levels found were as low as of few nanomols/L., and related to composition of fruits and vegetables of diet. It is most important to make sure that composition and amount of Hypericum contained in commercially available products is correct, do not take it without medical surveillance, avoid sudden stop and consider pharmacological interactions with many other medications.

Aerial summits and spores of this fern are used. Traditionally use as a diuretic and intestinal spasm relief drug. Also used for abrasions and skin irritation. It may be a cause of asthma and contact dermatitis.

Environmental pollutant that is used for manufacturation of batteries, fungicidal products, dental amalgam, and contaminated fish. Most of mercury present in breast milk does it as an inorganic substance which is almost non-absorbable. Breastfeeding should be discontinued whenever a mother is contaminated or intoxicated. It may be a source of neurological troubles. Benefits of breastfeeding are largely more important than risk related to the presence of mild level environment pollutants in human milk, in many instances, they are at lower content than those found in cow’s milk or other foods. (Codex alimentarius FAO-WHO).

A polymer made out of silicon-oxygen-methyl combination with a high molecular weight, water repellent and low superficial tension. It is used in many ways (dimethicone, simethicone, -see specific items)orally to treat infant colic and flatulence; as pediculicide, in cosmetic creams and lotions and skin protectants as to prevent ulcers and scars; arthroplasties, retinal detachments and reconstruction or cosmetic surgery as injections and implants. Silicone is widely distributed in our environment with several cosmetic and medicinal uses. No evidence of toxicity on human tissues has been shown. A 1994 report on immunological side effects in infants breastfed by mothers with silicone implants, was denied categorically by means of meta-analysis and other work. The absorption by oral or dermal route is negligible. Both a high molecular weight and polymer molecular structure make it practically impossible excretion in the milk and hence a significant amount of intestinal absorption by the infant. Those circumstances make silicone implants safe for lactation even if broken or manufacturing fault (Poly Implant Prothèse, PIP). After extensive analysis of such silicone prosthesis, where lack of health risk was demonstrated, it can be concluded that many of the initial recommendations published lacked scientific validity, including that carriers of such prosthesis should not breastfeed. Silicon levels in blood and milk of women with implants (55 ng / ml) are similar to those of women without implants (51 ng / ml), 13 times lower than that found in cow's milk (709 ng / ml) and 80 times lower than in commercial infant formulas (4403 ng / ml). American Academy of Pediatrics: Product usually compatible with breastfeeding. To view other possible effects on breastfeeding of breast implant unrelated to silicone, see the term 'Augmentation Mammoplasty'. See below the information of these related products:

What should I do if I am breastfeeding mother and I am already exposed to Ring Relief | Trp Company?

I am nursing mother and my doctor has suggested me to use Ring Relief | Trp Company, is it safe?

If I am using Ring Relief | Trp Company, will my baby need extra monitoring?

Who can I talk to if I have questions about usage of Ring Relief | Trp Company in breastfeeding?