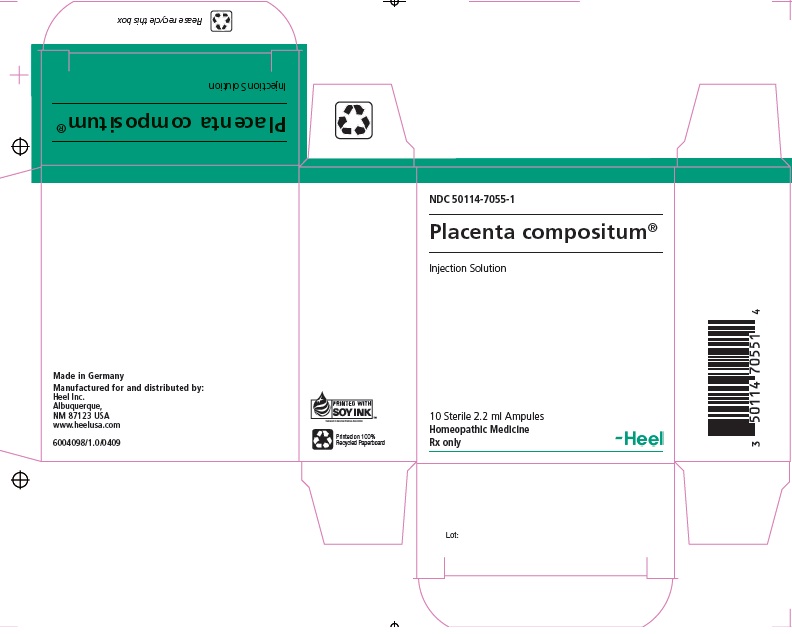 American Academy of Pediatrics and other medical experts exclusively recommend to breastfeed the baby for first 6 months. Once you introduce baby to other foods it is recommended to breastfeed for at least first year of babys life. Taking medication while breastfeeding could be tricky as most drugs pass in breast milk. In this article we will evaluate Placenta Compositum for its safety in breastfeeding.

What is Placenta Compositum used for?

Is Placenta Compositum usage safe while breastfeeding? If a lactating mother is using it can there be any effect on growth or development of infant?

The seeds, bark and leaves are used. It contains Aescin and esculin (see specific info), with a vasoprotector effect and devoid of toxicity at normal doses. At latest update no published data on excretion into breast milk was found. Side effects are rare and mild.The Commission E of German Ministry of Health does not contraindicate the use of seed extract during infancy. Given its lack of toxicity at normal doses, a moderate consumption during lactation would pose a very low risk. For topical preparations, do not apply it on the chest or thoroughly clean it up before breastfeeding. See below the information of these related products:

A parasitic fungus from the ear of some cereals, particularly rye, which since ancient times has caused epidemics of a serious disease, ergotism (Florea 2017, Belser 2013, Lee 2009). It has a complex composition, highlighting the ergoline alkaloids: lysergic acid amides such as ergometrine and ergopeptines such as ergotamine and ergotoxine (Florea 2017, Hulvová 2013) that act on adrenergic, dopaminergic and serotonergic receptors. Since the last update, we have not found published data on its excretion in breast milk. Ergot alkaloids have oxytocic, vasoconstrictive and lactation-inhibiting effects by inhibiting prolactin, among many others (Florea 2017, Hulvová 2013, Lee 2010, Lee 2009). Indications from the German Ministry of Health’s Commission E: none. Due to its serious adverse reactions and toxicity, natural alkaloids are not used in therapy, and there are recommendations for their withdrawal from sale (EMA 2014). At present, semisynthetic derivatives such as methylergometrine, dihydroergotamine, dihydroergocristine, bromocriptine and lisuride are used, among others. See below the information of these related products:

Mother’s tobacco addiction increases the risk of not initiating breastfeeding or early weaning. The milk of smoking mothers contains higher levels of Cotinine, Cadmium, Mercury other heavy metal, lower amount of proteins, Vitamin A C and E and other antioxidants. Smoking may decrease milk production and induce alteration of lipid pattern of human milk. There is a higher risk of future obesity and lower stature among breastfed siblings of smoking mothers. The risk for Sudden Infant Death is also increased. A major health problem among infants who have been raised into a tobacco polluted environment is that they are more prone to suffer of respiratory tract infections, asthma and more frequent hospital admissions for this reason. Not because of Nicotine excreted into the mother’s milk but because of the inhalation of smoke particles originated from combustion of tobacco, which are suspended in the air. However, all this risk increases if in addition to mother smoking, the infant is formula fed. The latter is a reason to support breastfeeding among mothers who are not able to stop smoking since it is more effective whether the mother decreases smoking and avoids doing so inside the house. Most important, however, is that the mother would continue breastfeeding the baby. Nicotine excretion into milk is decreased if the mother feeds the infant 2 hours after smoking. Health promotion campaigns against tobacco addiction should be focused on non-breastfeeding moms. Breastfeeding should be regarded as a unique opportunity to enhance good health practices as to quitting from an unhealthy habit as smoking which is harmful for mother’s health and other next people. Bed-sharing is not recommended for mothers who smoke.

It is an environmental contaminant. As a heavy metal it is found in excess in products like paintings, fuel and metal industry. Certain make-ups, infusion herbals, meat from chased animals and ceramic made pottery may increase the risk of exposure. It can be stored in soft tissues for one month and in bones for decades. Removing of lead from bones occurs during pregnancy and lactation leading to an increase in the serum many years after exposure. It can cause cardiovascular and respiratory toxicity. More intensively it affects infants and children it may cause neurologic damage. Maximal accepted levels by international agencies like WHO, CDC, EFSA – even though a 0 level is desirable – are: 10 mcg/L in water, 5 mcg/L in breast milk and an ingestion of 2.5 mcg/k/d for infants less of 6 months of age. Absorption through the lungs is 50% and through the gut is less than 10%. In blood of unexposed persons serum levels should not be higher than 10 mcg/dL. Working mothers at fertile age showing a lead serum level higher than 30 mcg/dL should be removed from work place. Working pregnant or nursing women should be removed from places with high risk of toxin exposition (Regulated by EU Council Law/85/ from 19.10.1992). Mothers should not breastfeed if they are found to be intoxicated or contaminated. Same recommendation is suitable for mothers who undergo a chelating treatment (since lead is removed from bones and let free). Blood and breast milk testing is highly recommended to have lead level measured. Mothers should avoid nursing whenever lead level is higher than 16 mcg/L in the milk or 16 mcg/dL in the serum. (Lead levels in the milk are usually 10% of those in the serum). Benefits of breastfeeding widely overcome those issues related to the presence of low level environmental contaminants in human milk that in many instances are lower than those present in cow’s milk based products and other food. (Codex alimentarius FAO-WHO). Published papers from studies done on this matter have shown higher lead levels contained in powdered artificial milks than in human milk.

Because barium sulfate is not absorbed after oral or rectal administration, it will not enter the milk, reach the bloodstream of the infant or cause any adverse effects in breastfed infants. No special precautions are required.

I already used Placenta Compositum and meanwhile I breastfed my baby should I be concerned?

I am nursing mother and my doctor has suggested me to use Placenta Compositum, is it safe?

If I am using Placenta Compositum, will my baby need extra monitoring?

Who can I talk to if I have questions about usage of Placenta Compositum in breastfeeding?