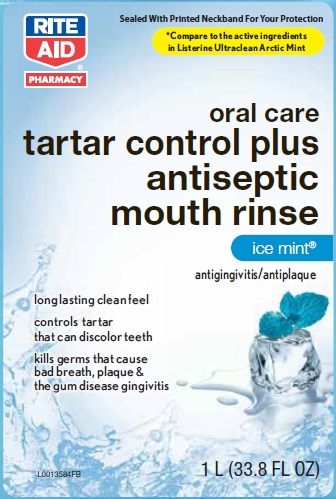 Most health expert recommend six month of exclusive breastfeeding but statics suggest that numbers are not good, almost 95% mothers start breastfeeding but this number drops to 40% in first three month and further it drops to 15% till fifth month. Sometime its due to need of medication usage. Because of these statics its important to provide good information on safety of drugs in breastfeeding so that it can be improved when possible. In this FAQ sheet we will discuss about exposure to Tartar Control Plus | Eucalyptol, Menthol, Methyl Salicylate, Thymol Mouthwash while breastfeeding. We will also discuss about common side effects and warnings associated with Tartar Control Plus | Eucalyptol, Menthol, Methyl Salicylate, Thymol Mouthwash.

On last update no relevant published data on breastfeeding were found. Because of essential oil toxicity its use is not recommended except with of an occasional and moderate manner. Produces a change in odour and flavour of milk that may cause rejection by the infant. When topically used it is safe while breastfeeding provided it is not applied on the nipple. Leaves of tree are used. Contains essential oil (Eucalyptol), tannins, terpenes, flavonoids, phenolic acids. Suggested properties (not clinically tested): Expectorant, Mucolytic, Anti-septic. Eucalyptol is neurotoxic and may induce seizures. An over-dosing is potentially lethal. Not indicated for children under 4 years old.

On latest update no relevant data related to breastfeeding were found. A widely used herb as condiment in food preparation and as infusion tea. Because a lack of toxicity when used at appropriate dose, infrequent or moderate use may be compatible while breastfeeding. Shrub. Florid summits are used. Contains essential oil, (Thymol, Carvone) flavonoids, tannins, terpenes, Phytoestrogens and Phytogestagens. Essential oil is irritant. Although Phytoestrogens are present in low amount, it is known that Estrogens can decrease milk production. Unproven effects: expectorant, anti-spasmodic. (Not clinically tested) Indications by European Medicines Agency (EMA) and Commission E of German Ministry of Health: dry cough, bronchitis.

What should I do if already breastfed my kid after using Tartar Control Plus | Eucalyptol, Menthol, Methyl Salicylate, Thymol Mouthwash?

If you observer abnormal behavior or any other health issue in infant then you should immediately call 911 or contact other contact other emergency service provider in your area otherwise closely monitor the baby and inform your doctor about your Tartar Control Plus | Eucalyptol, Menthol, Methyl Salicylate, Thymol Mouthwash usage and time interval of breastfeeding.

My doctor has prescribed me Tartar Control Plus | Eucalyptol, Menthol, Methyl Salicylate, Thymol Mouthwash, what should I do?

If I am using Tartar Control Plus | Eucalyptol, Menthol, Methyl Salicylate, Thymol Mouthwash, will my baby need extra monitoring?

Yes, Extra monitoring is required if mother is using Tartar Control Plus | Eucalyptol, Menthol, Methyl Salicylate, Thymol Mouthwash and breastfeeding as it is considered unsafe for baby.

Who can I talk to if I have questions about usage of Tartar Control Plus | Eucalyptol, Menthol, Methyl Salicylate, Thymol Mouthwash in breastfeeding?