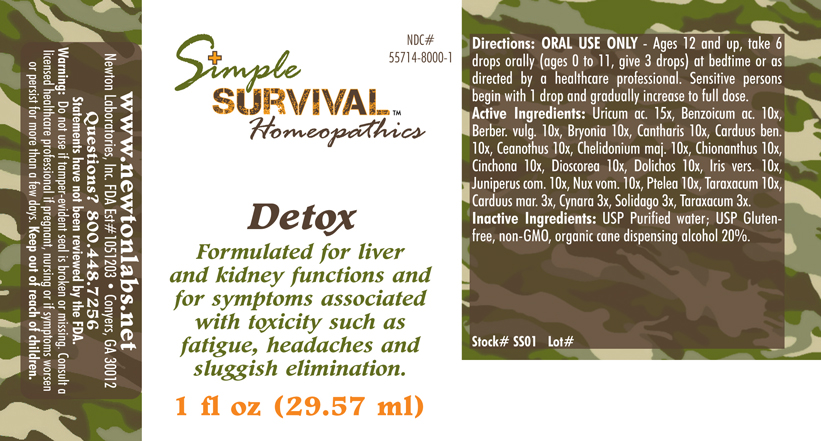 Modern medicine has evolved so much so that sooner or later every breastfeeding mother needs to take it in one form or other. Medication that is present in mothers blood will transfer into her breast milk to some extent. Most drugs do so at low levels and pose no real risk to infants but then there are some exceptions. In This post will discuss whether Detox is safe in breast-feeding or not.

What is Detox used for?

SECTION Detox Formulated for liver and kidney functions and for symptoms associated with toxicity such as fatigue, headaches and sluggish elimination.

Purpose: OTC - PURPOSE SECTION Formulated for liver and kidney functions and for symptoms associated with toxicity such as fatigue, headaches and sluggish elimination.

Is Detox usage safe while breastfeeding? If a lactating mother is using it can there be any effect on growth or development of infant?

Anti-fungal and wound healing agent for topical use. Do not apply it on the nipple or areola.

Roots and bark are used. It contains Berberine that may be a cause of gastritis, nephritis, phototoxicity and severe jaundice by displacement of albumin -linked bilirubin: higher risk of kernicterus to newborns, which is greater in cases of 6-Glucose-PD deficiency. It is popularly widely used, however, its effectiveness has not been shown. Use not approved by the Commission E of German Ministry of Health. It should be avoided.

The roots and leaves of the plant in salads both as food and herbal medicine are used.It contains inulin, terpenes, phytosterols, flavonoids, coumarins and potassium salts in large quantities.Attributed Properties: cholagogue, laxative, orexigenic. diureticIndication by the German Commission E Ministry of Health: dyspepsia, cholelithiasis, anorexia.Indications by the European Medicament Agency (EMA): diuretic. Non toxic. There is no evidence of its effectiveness as galactogogue.Best galactogogue is a frequent on-demand breastfeeding and proper technique. Its wide use, low toxicity and since it is also consumed as food, a moderate consumption during lactation is considered of little or no risk. Precaution is recommended before taking herbal infusions:1. Ensure a reliable source: poisoning occurred by confusion with another plant that resulted to be toxic, poisoning from heavy metals and food poisoning by contamination with bacteria or fungi.2. Avoid excessive consumption. The "natural" products are not good in any amount: plants contain active substances from which come out much of our traditional pharmacopoeia and can cause poisoning if eaten in exaggerated quantity or prolonged time.

At latest update, relevant information on excretion into breast milk was not found. Plant largely used as food, infusion (tea) and extract. Because of a lack of toxicity, a moderate use as Phytotherapy during breastfeeding, is thought to be of low or nil risk. Herbal leaves are used. Constituents are: Lactones, phenol acids, flavonoids, steroids. Not proven effects: cholagogue, liver protector, hypocholesterolemic effect.

I am nursing mother and I have already used Detox, what should I do?

I am nursing mother and my doctor has suggested me to use Detox, is it safe?

If I am using Detox, will my baby need extra monitoring?

Who can I talk to if I have questions about usage of Detox in breastfeeding?