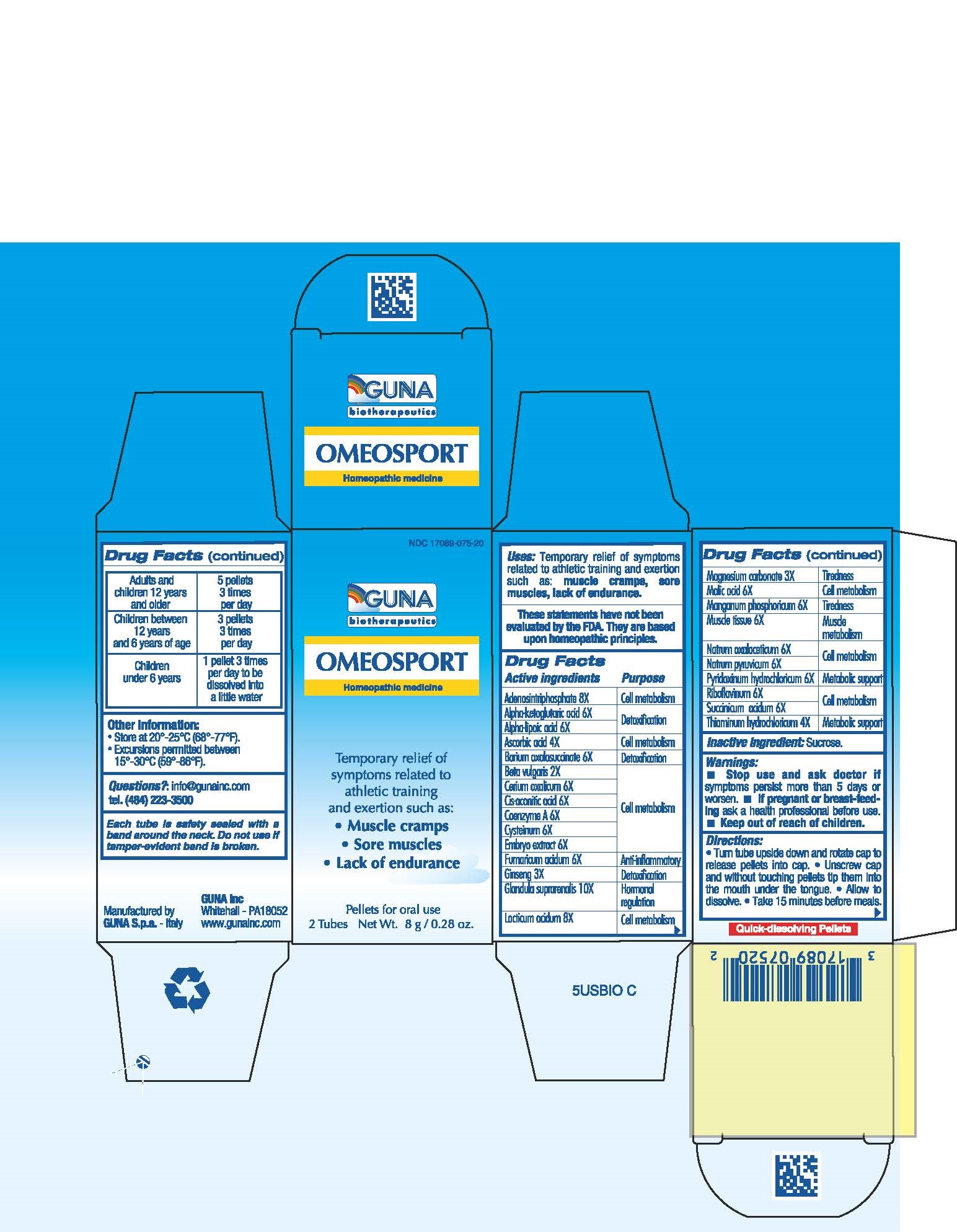 Modern medicine has evolved so much so that sooner or later every breastfeeding mother needs to take it in one form or other. Medication that is present in mothers blood will transfer into her breast milk to some extent. Most drugs do so at low levels and pose no real risk to infants but then there are some exceptions. In This post will discuss whether Omeosport is safe in breast-feeding or not.

What is Omeosport used for?

Directions: Turn tube upside down and rotate cap to release pellets into cap. Unscrew cap and without touching pellets tip them into the mouth under the tongue. Allow to dissolve Take 15 minutes before meals.

Purpose: USES For the temporary relief of symptoms related to athletic training and exertion such as: Muscle cramps Sore muscles Lack of endurance

Is Omeosport usage safe while breastfeeding? If a lactating mother is using it can there be any effect on growth or development of infant?

A fatty acid present in the body involved in metabolism which transforms glucose into energy. It is a powerful antioxidant which is synthesized in the body and also comes from external input (liver, meat, fish, green leafy vegetables, yeast). There is still no definitive scientific evidence for its usefulness in the treatment of diabetic neuropathy (Han 2012), hepatic dysfunction, certain encephalopathies, pain relief, glossodynia (Carbone 2009) and multiple sclerosis (Khalili 2014, Yadav 2010, Namaka 2008). It is generally well tolerated if the dosage and duration indicated in the manufacturer’s directions for use are not exceeded, but it can have adverse effects. Cases of autoimmune hypoglycemia syndrome (Michalopoulou 2015, Bresciani 2011, Uchigata 2007) have been attributed to its consumption, as has hepatic cholestasis (Ridruejo 2011), poisoning (Hadzik 2014, Karaarslan 2013) and seizures, especially in children (Tolunay 2015). Dermatitis has been reported due to contact with an anti-aging cream containing lipoic acid (Bergqvist 2006). Since the last update we have not found published data on its excretion in breast milk. It has been used to treat postpartum perineal pain without presenting problems during breastfeeding (Costantino 2015). Consumption in moderate doses following medical prescription would have little risk during breastfeeding. When used topically, do not apply to the nipple so as to avoid its ingestion by the infant.

Vitamin C is abundantly present in food. A balanced and comprehensive diet makes vitamin supplementation useless. Any amount of vitamin C taken by the mother as a supplement does not affect significantly the concentration in breast milk of women who are on a varied and balanced diet.

It is not absorbed if taken by mouth.

Roots of shrub are used. It contains saponins (ginsenosides). Attributed properties that are not based on proven clinical results are: stimulant of CNS, inductor of hypoglycemia and hypolipidemia, agonistic action on estrogen secretion. At latest update, relevant published data on excretion into breast milk were not found. It is a widely used plant on many cultures and countries for medical purposes, even during pregnancy and breastfeeding with no side-effects reported. Based on its low toxicity, an occasional and moderate use is not regarded as risky while breastfeeding. The excessive use of estrogenic agonists may decrease milk production.

Ingested Magnesium does not concentrate into breast milk. Naturally occurring, the mean Magnesium concentration in the milk is 31 mg/L (range 15 – 64 mg/L) and not affected by the ingestion of Magnesium. Because of a low oral bioavailability the pass from the breast milk toward the infant's plasma is hampered, except in premature and newborn infants who may exhibit a higher intestinal absorption due to an increased permeability. Avoid chronic or excessive use. WHO Model List of Essential Medicines 2002: Magnesium carbonate is compatible with breastfeeding.

Concentration of vitamin B6 in the breast milk is directly related to the amount present in diet with the possibility of a high increment by an excessive consumption through the diet. Daily allowance of vitamin B6 ranges from 2 to 3 mg. A balanced and varied diet is enough without a need for extra supplementation with this vitamin. Vitamin B6 deficiency is extremely rare since it is widely distributed in many foods. In those cases where supplementation is required, it is recommended not to exceed 40 mg a-day. There are controversial data on the capacity of a high dose of Pyridoxine to inhibit the secretion of Prolactin and suppress the milk production. The American Academy of Pediatrics rates it as usually compatible with breastfeeding.

A balanced and comprehensive diet make it vitamin supplementation useless.

Thiamine or Vitamin B1 is a water soluble vitamin. In addition to Thiamine, other chemical compounds with similar activity: Acetiamine, Benfotiamine, Bisbentiamine, Bisbutiamina, Cetotiamina, Cicotiamina, Cocarboxylase, Fursultiamine, Monofosfotiamina, Octotiamine, Pyrophosphotiamine, Prosultiamine and Sulbutiamine.It is essential for the metabolism of carbohydrate nutrients. Its deficiency causes severe neuromuscular and cardiac symptoms known as Beriberi and Wernicke-Korsakoff disease. Thiamine deficiency is common among disadvantaged populations in Southeast Asia (predominantly consumers of refined rice), other malnourished people (refugees, low socioeconomic status ...) and chronic alcohol consumption. Beriberi of childhood, both infants and children, may arise from breastfeeding by Thiamine deficient mothers. Reportedly, several severe cases have occured after feeding the babies with artificial formulas that were not supplemented with vitamin B1. Daily allowance is higher during pregnancy and lactation (1.5 mg / day) which is readily obtained through a varied diet with adequate content of whole grains, legumes, nuts, eggs and lean meat.Thiamine is excreted in breast milk and gradually increases with time, being lower in colostrum (28 ng / mL) and transitional milk than in mature milk (180 ng / mL). The concentration is lower in milk from mothers of preterm (90 ng / mL). Taking vitamin supplementation is not required if diet and nutritional status are adequate. Supplementation does not increase levels in milk of well-nourished women, but of those with a low nutritional status. The supplementation of group B vitamins and C and E vitamins to HIV positive mothers improves the weight growth of their breasted babies.There is no evidence of their effectiveness in improving athletic performance, lack of appetite, sores, stress, fatigue or aging.Toxicity linked to excessive consumption of thiamine is not known. WHO List of Essential Medicines 2002: compatible with breastfeeding.American Academy of Pediatrics: usually compatible with breastfeeding

I am nursing mother and I have already used Omeosport, what should I do?

I am nursing mother and my doctor has suggested me to use Omeosport, is it safe?

If I am using Omeosport, will my baby need extra monitoring?

Who can I talk to if I have questions about usage of Omeosport in breastfeeding?