Modern medicine has evolved so much so that sooner or later every breastfeeding mother needs to take it in one form or other. Medication that is present in mothers blood will transfer into her breast milk to some extent. Most drugs do so at low levels and pose no real risk to infants but then there are some exceptions. In This post will discuss whether Amikacin Sulfate Amikacin 50 Mg is safe in breast-feeding or not.

What is Amikacin Sulfate Amikacin 50 Mg used for?

Amikacin Sulfate Injection is indicated in the short-term treatment of serious infections due to susceptible strains of Gram-negative bacteria, including Pseudomonas species, Escherichia coli, species of indole-positive and indole-negative Proteus, Providencia species, Klebsiella-Enterobacter-Serratia species, and Acinetobacter (Mima-Herellea) species. Clinical studies have shown Amikacin Sulfate Injection to be effective in bacterial septicemia (including neonatal sepsis); in serious infections of the respiratory tract, bones and joints, central nervous system (including meningitis) and skin and soft tissue; intra-abdominal infections (including peritonitis); and in burns and post-operative infections (including post-vascular surgery). Clinical studies have shown amikacin also to be effective in serious complicated and recurrent urinary tract infections due to these organisms. Aminoglycosides, including Amikacin Sulfate Injection are not indicated in uncomplicated initial episodes of urinary tract infections unless the causative organisms are not susceptible to antibiotics having less potential toxicity. Bacteriologic studies should be performed to identify causative organisms and their susceptibilities to amikacin. Amikacin may be considered as initial therapy in suspected Gram-negative infections and therapy may be instituted before obtaining the results of susceptibility testing. Clinical trials demonstrated that amikacin was effective in infections caused by gentamicin and/or tobramycin-resistant strains of Gram-negative organisms, particularly Proteus rettgeri, Providencia stuartii, Serratia marcescens, and Pseudomonas aeruginosa. The decision to continue therapy with the drug should be based on results of the susceptibility tests, the severity of the infection, the response of the patient and the important additional considerations contained in the WARNINGS box above. Amikacin has also been shown to be effective in staphylococcal infections and may be considered as initial therapy under certain conditions in the treatment of known or suspected staphylococcal disease such as, severe infections where the causative organism may be either a Gram-negative bacterium or a staphylococcus, infections due to susceptible strains of staphylococci in patients allergic to other antibiotics, and in mixed staphylococci/Gram-negative infections. In certain severe infections such as neonatal sepsis, concomitant therapy with a penicillin-type drug may be indicated because of the possibility of infections due to Gram-positive organisms such as streptococci or pneumococci. To reduce the development of drug-resistant bacteria and maintain the effectiveness of amikacin and other antibacterial drugs, amikacin should be used only to treat or prevent infections that are proven or strongly suspected to be caused by susceptible bacteria. When culture and susceptibility information are available, they should be considered in selecting or modifying antibacterial therapy. In the absence of such data, local epidemiology and susceptibility patterns may contribute to the empiric selection of therapy.

Amikacin Sulfate Amikacin 50 Mg while breastfeeding safe or not? Can there be any side effects for infant while using it during breastfeeding?

As per our analysis Amikacin Sulfate Amikacin 50 Mg contains only one ingredient and that is Amikacin. We have analyzed Amikacin and it seems to be safe to use Amikacin while breastfeeding, that means usage of Amikacin Sulfate Amikacin 50 Mg shall be safe while breastfeeding. Below you can check more details of Amikacin usage in breastfeeding. We recommend you to go through provided detailed analysis as below take decision accordingly.
Statement of Manufacturer/Labeler about breastfeeding usage
Nursing Mothers It is not known whether amikacin is excreted in human milk. Because many drugs are excreted in human milk and because of the potential for serious adverse reactions in nursing infants from amikacin, a decision should be made whether to discontinue nursing or to discontinue the drug, taking into account the importance of the drug to the mother.

Levels in the mother's milk are very low and in most instances undetectable. Like other aminoglycosides it is poorly absorbed in the intestine. Large doses may affect intestinal flora. Be aware of false negative bacterial cultures in the infant when the mother is on antibiotics. .

Amikacin is poorly excreted into breastmilk. Newborn infants apparently absorb small amounts of other aminoglycosides, but serum levels with typical three times daily dosages are far below those attained when treating newborn infections and systemic effects of amikacin are unlikely. Older infants would be expected to absorb even less amikacin. Because there is little variability in the milk amikacin levels during multiple daily dose regimens, timing breastfeeding with respect to the dose is of little or no benefit in reducing infant exposure. Data are not available with single daily dose regimens. Monitor the infant for possible effects on the gastrointestinal flora, such as diarrhea, candidiasis (e.g., thrush, diaper rash) or rarely, blood in the stool indicating possible antibiotic-associated colitis. 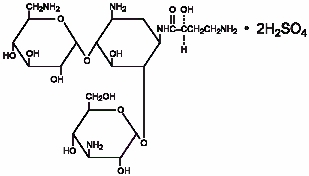 I am nursing mother and I have already used Amikacin Sulfate Amikacin 50 Mg, what should I do?

I am nursing mother and my doctor has suggested me to use Amikacin Sulfate Amikacin 50 Mg, is it safe?

Definitely, Amikacin Sulfate Amikacin 50 Mg is safe in lactation for baby. No wonder your doctor has recommended it.

If I am using Amikacin Sulfate Amikacin 50 Mg, will my baby need extra monitoring?

Who can I talk to if I have questions about usage of Amikacin Sulfate Amikacin 50 Mg in breastfeeding?