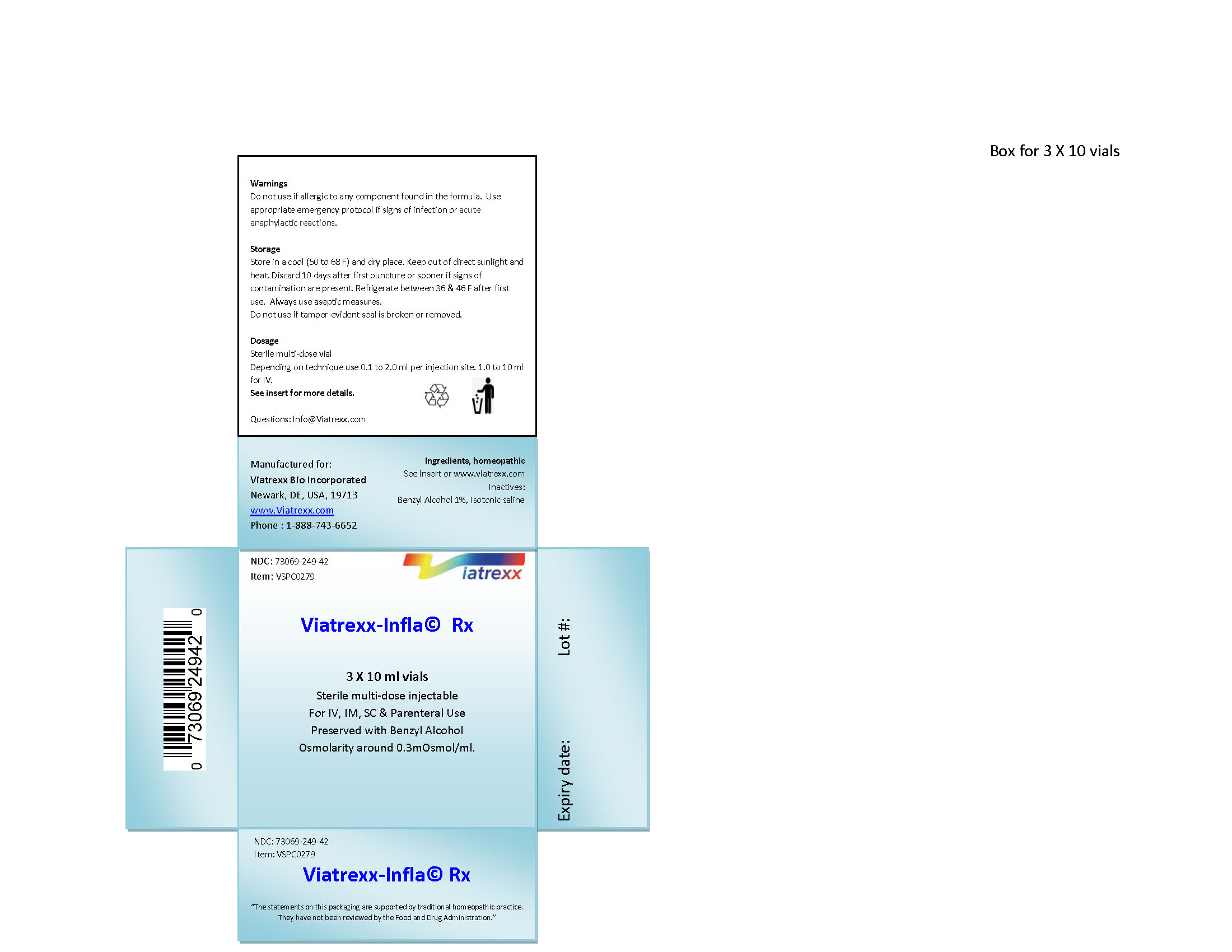 Modern medicine has evolved so much so that sooner or later every breastfeeding mother needs to take it in one form or other. Medication that is present in mothers blood will transfer into her breast milk to some extent. Most drugs do so at low levels and pose no real risk to infants but then there are some exceptions. In This post will discuss whether Viatrexx-infla is safe in breast-feeding or not.

What is Viatrexx-infla used for?

and Use Viatrexx-Infla a sterile, injectable, biodegradable, clear isotonic liquid that is injected into the various layers of the skin, muscles, ligaments, joints, other body tissues or added to an IV, either as a push or into the bag.

Is Viatrexx-infla usage safe while breastfeeding? If a lactating mother is using it can there be any effect on growth or development of infant?

Viatrexx-infla Contains 22 active ingredients that are Anti-interleukin-1.alpha. immunoglobulin g rabbit, Aconitum napellus, Apis mellifera, Beta-endorphin human, Bos taurus adrenal gland, Sus scrofa adrenal gland, Atropa belladonna, Anhydrous citric acid, Bos taurus solar plexus, Sus scrofa solar plexus, Bryonia alba root, Interleukin-10, Bos taurus mesenchyme, Sus scrofa mesenchyme, Sodium pyruvate, Bos taurus pineal gland, Sus scrofa pineal gland, Bos taurus pituitary gland, Sus scrofa pituitary gland, Rancid beef, Transforming growth factor beta-1, Avotermin. We do have breastfeeding analysis and safety rating of some of the active ingredients but unfortunately we do not have any information of some of active ingredients used. Below we have provided whatever information we do have. But please do not take any decision based on below provided information and contact your health care provider as this information is incomplete.
Statement of Manufacturer/Labeler about breastfeeding usage
Nursing Mothers It is not known whether the benzyl alcohol or any of the ingredients is excreted in human milk. Caution should be exercised when products with benzyl alcohol are administered to nursing woman. 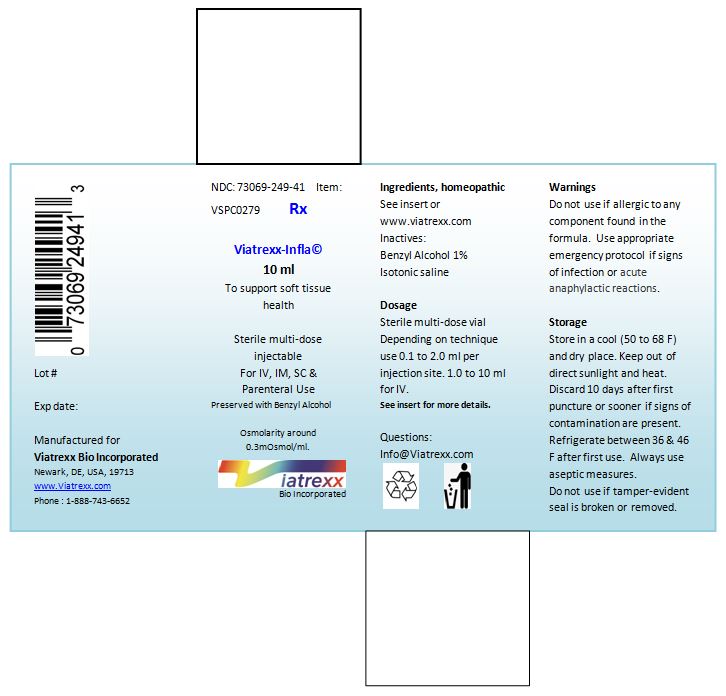 Product that is naturally found in most fruits, especially citrus ones, and which is industrially produced through fermentation of sugar by the fungus Aspergillus niger. It is used in medical compounds as effervescent, to treat intestinal affections, as antioxidant, as an agent for alkalizing urine and dissolution of urinary tract stones. In the food industry it is used as additive (E 330) due to its antioxidant, preservative and flavoring properties. Devoid of toxicity when used at appropriate doses.

I am nursing mother and I have already used Viatrexx-infla, what should I do?

I am nursing mother and my doctor has suggested me to use Viatrexx-infla, is it safe?

If your doctor considers Viatrexx-infla safe enough to prescribe for you that means its benefits should outweigh its known risks for you.

If I am using Viatrexx-infla, will my baby need extra monitoring?

Who can I talk to if I have questions about usage of Viatrexx-infla in breastfeeding?